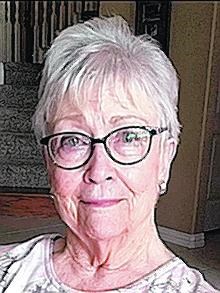 BORN
1934
DIED
2022
ABOUT
Bolton High School
FUNERAL HOME
Resthaven Gardens of Memory & Funeral Home
11817 Jefferson Highway
Baton Rouge, LA
Patricia Givens Butler passed away on Sunday, January 9, 2022, in Grapevine, Texas where she lived. She was born in Olla, Louisiana on December 22, 1934, to Anglo and Mamie Givens, and was raised by her father and paternal grandmother, Ollie Givens. Pat was a graduate of Bolton High School in Alexandria, Louisiana, and the Northwestern School of Nursing in Natchitoches, Louisiana, after which she pursued a lifelong career as an obstetrics nurse. She would later get her master's degree at the University of Mississippi and teach nursing at Our Lady of the Lake School of Nursing in Baton Rouge. Pat loved to travel the world by plane, ship, train or automobile, enjoying new cultures, foods, music, architecture and history, and she has closets full of photo albums to prove it. There are pictures of her zip-lining in the jungles of Costa Rica at the age of 76! She was an avid reader of mysteries and thrillers as well as the Sunday comics. On Sunday mornings, you could find her at the kitchen table with a cup of coffee, laughing out loud at Dagwood and Blondie, Peanuts, and many others. Pat was a great cook, and especially loved baking pies, cakes and cookies as much as her big extended family loved eating them. When not making magic in the kitchen, she'd be outside tending to her garden that was typically filled with flowers of all kinds. Honeybees made her backyard a regular stop. But where you'd typically find Pat was at the dining room table with her best friend, Kay Smart, tackling a 1,000-piece jigsaw puzzle with focused determination. She went through them like candy. After retirement, she would also spend time each day playing her favorite games on her iPad. Evenings were usually spent with Mark Harmon on every episode she could find of NCIS. But by far her favorite times were spent on the beach at Perdido Key, Florida each summer surrounded by her children, grandchildren, and great grandchildren. Since she was a Christmas baby, her party held every December 22nd was a traditional neighborhood event that truly marked the arrival of the season. Pat was preceded in death by her husband, Bill Butler; her son, Glen Butler; her granddaughter, Casey Tridico; and her beloved stepmother, Mary Givens. She is survived by her daughters, Karen Lange of Little Rock, Arkansas; and Debra Tridico and husband Louis Tridico, of Grapevine, Texas; daughter-in-law Cathy Butler of Mobile, Alabama; sisters-in-law Bennievee Cromley of Little Rock, Arkansas; and Pauline Butler of Bentley, Louisiana; eight grandchildren and eight great grandchildren. Visitation will be held at Jefferson United Methodist Church, 10328 Jefferson Highway, Baton Rouge, Louisiana, at 10am Friday, January 14, followed by a service in the church at 11am. The service will also be livestreamed on the JUMC Facebook page at JUMCBR.org, and the JUMC YouTube channel -- JUMC Baton Rouge. A reception at the church will follow immediately after the service. Burial will be at Resthaven Gardens of Memory in Baton Rouge attended by immediate family only. In lieu of flowers…oh wait, who are we kidding? Pat loved flowers, so send some if you wish. However, feel free to give to a couple of her favorite charities -- The Muscular Dystrophy Association's "Cure SMA" at CureSMA.org, or the Texas Kabuki Gathering at TheKabukiGathering.org. The family would also like to give special thanks to Pat's caregivers, Eunice Thompson and Theresa Amordu, for their tireless, devoted and compassionate care for our dear mother and grandmother.

Published by The Advocate from Jan. 12 to Jan. 14, 2022.
To plant trees in memory, please visit the Sympathy Store.
MEMORIAL EVENTS
Jan
14
Visitation
10:00a.m.
Jefferson United Methodist Church
10328 Jefferson Highway, Baton Rouge, LA
Jan
14
Service
11:00a.m.
Jefferson United Methodist Church
10328 Jefferson Highway, Baton Rouge, LA
Funeral services provided by:
Resthaven Gardens of Memory & Funeral Home
MAKE A DONATION
Please consider a donation as requested by the family.
MEMORIES & CONDOLENCES
3 Entries
I knew Pat for a long time as nurses in OB education. We often managed to find time to eat lunch together and share nursing tidbits as well as family events. Pat was a great instructor of nursing and her love for the patients and students showed thru every day. Nursing was truly her calling. My prayers are with her family as you go through this lose. God be with you.
Beth Hanson
Friend
January 15, 2022
Although sadness fills our hearts today, we will treasure the fond memories of our friendship shared with Pat and Bill during our Baton Rouge years. They were special friends whose memories will live on in our hearts. Our love and sympathy to Debra and Karen and their families on the loss of their wonderful mother. We know she is on her most important "journey" in her travel journal! May she Rest In Peace. Tom and Carol
Tom and Carol Sarsfield
January 14, 2022
Karen and Debra, I am so sorry to read of your mother´s passing. I handled travel for she and your father many times and so enjoyed helping them book their adventures. They were such a sweet couple! They are in great company again. Please accept my deepest condolences and prayers for your loss.
Nancy Richard
January 12, 2022
Showing 1 - 3 of 3 results