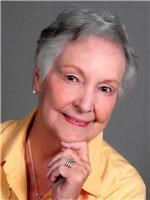 FUNERAL HOME
Rabenhorst Funeral Homes Downtown
825 Government Street
Baton Rouge, LA
Patsy Ruth Patton McDermott, a native of Caldwell Parish and resident of Baton Rouge, passed away on Friday, November 10, 2018, at the age of 89. She was a devoted and loving wife, mother, grandmother and great-grandmother who loved her family and friends. She retired from various positions at LSU, including the Dean of Women's Office and the LSU Student Union. She and her late husband enjoyed ballroom dancing, and she was a member of garden and book clubs, the LSU Retirees Association, and Trinity Episcopal Church. She is survived by her three sons - William L. "Mac" McDermott III and wife Debi, John F. McDermott and wife Jill, and James E. McDermott and wife Renee; her grandchildren - Jacob McDermott and wife Laura, Jason Rolls and wife Twaila, Emma McDermott, Bryan Lacy and wife Samantha, Bevan Lacy, Brittany Lacy, Erin McDermott and fiancé Chris Rider, Katherine McDermott and fiancé Ryan Felder, Lauryn Lee and husband Jason, and James E. McDermott II and fiancée Hannah Downs; ten great-grandchildren; five step-great-grandchildren; and her sisters - Dorothy Hill and Evelyn Merhige. She is preceded in death by her husband, William L. "Bill" McDermott, Jr.; her daughter, Paula McDermott Lacy; her parents, Clarence and Jewel Patton; her brother, Johnny Ray Patton; her sisters, Joyce Crosby and Nell Attaway; and her dearest aunt and uncle, Johnnie and Homer Womack. Visitation will be held on Wednesday, November 14, at Rabenhorst Funeral Home, 825 Government Street, from 10:00 am until the funeral service, which begins at 12:00 pm. Entombment at Greenoaks Memorial Park Mausoleum will follow. Pallbearers are Jacob McDermott, Jason Rolls, Bryan Lacy, Bevan Lacy, James McDermott, and Louis Merhige. In lieu of flowers, memorial donations may be made to the LSU Foundation, Boys & Girls Clubs of Greater Baton Rouge, Mary Bird Perkins Cancer Center or to the charity of your choice.
Published by The Advocate from Nov. 12 to Nov. 14, 2018.
To plant trees in memory, please visit the Sympathy Store.
MEMORIAL EVENTS
To offer your sympathy during this difficult time, you can now have memorial trees planted in a National Forest in memory of your loved one.
Funeral services provided by:
Rabenhorst Funeral Homes Downtown
MAKE A DONATION
Please consider a donation as requested by the family.
MEMORIES & CONDOLENCES
7 Entries
Dear John and Jill: I was so sorry to learn of the unexpected passing of your dear mom. My heart goes out to you and your entire family in this difficult time.
May Our Lord comfort and bless you with His
peace which surpasses all understanding.
And may the precious memories you have of
her warm your hearts forever. In His love
and mine.
Christine Angelloz
November 17, 2018
So sorry to learn of Mrs. McDermott's passing. I still remember having Thanksgiving dinners at the McDermott home when John and I were roommates in law school. I always appreciated her generosity in welcoming me into her home on those occasions.
My condolences to the family.
Phillip McIntosh
Phillip McIntosh
November 14, 2018
My sincere condolences go to the family. Deuteronomy 32:7 tells us to Remember the days of old. Special memories of moments spent together, valuable lessons given, or comforting words shared can all be sources of comfort as you cope with their loss. May you receive much love and support.
November 13, 2018
Her smiles, laughter, kindness all are images I store in my heart. Swinging on the vines across the ditch, learning to ride our bikes (I was determined to learn because Mac and Terry did it first), baseball, football games in the front yard, Paul and Paula's first communion and confirmation all are cherished memories living on Kimbro. Mike and I send our condolences and prayers throughout this difficult time.
Sandra Hernandez Evans
November 13, 2018 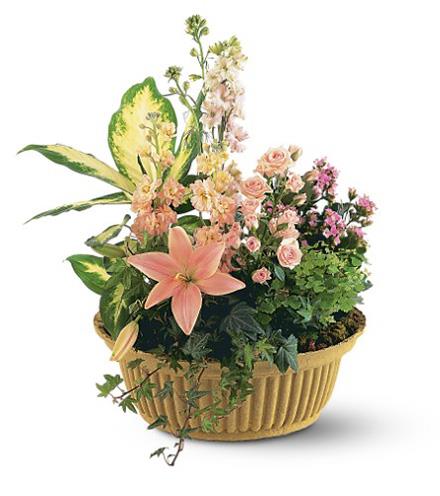 a loved one
November 13, 2018
So sorry for your loss. Keeping everyone in our thoughts and prayers.
Rance & Ava Attaway
November 13, 2018
Sending heartfelt condolences to the family for your great loss. Your family was blessed to have shared so many years and memories with your beloved Mrs. McDermott. May God provide the needed comfort from family and friends during your time of mourning.
November 12, 2018
Showing 1 - 7 of 7 results