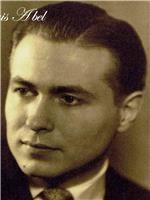 Paul Louis Abel will not soon be missed and perhaps never forgotten. Although I was aware that he was not in good health, my wife and I were saddened to read of his death. His tremendous teaching ability and his dedication to precision in music was a great gift that he gave each student. May the Heavenly Father grant each of you His Grace, Comfort, and Strength for these days.
Jon Barker
January 20, 2016
I will truly miss visiting with Mr.Paul. He was a true joy and a true gentleman. He would always greet me with a contagious smile. Mr. Paul truly enjoyed visiting with my grandchildren. He made a difference in the lives of all who met him!
Arlene Byrd
January 19, 2016
Rodney
January 19, 2016
May God bless you and your family in this time of sorrow.
J
January 19, 2016
May God bless you and your family in this time of sorrow.
JF
January 19, 2016
Wonderful Music Theory teacher! Great humor!!
January 18, 2016
Dear, Dear Charlie. I am so very sorry to hear about your father. I knew him through you, and know what a powerful source of love and strength he was for you. You embody all of that love, talent and generosity, and he will always be with you and your family. God Bless him, as he has blessed us all with his music. Much love, my Salt of the Earth. Vicki
January 18, 2016
Dear Charlie - I am so sorry for your loss. From the description of your dad, it sounds like you are very much like him. My best to your family.
Amy Hathaway
January 18, 2016
So sorry for your loss of this wonderful man. Have heard many wonderful stories. Bless you all.
Belinda Fry
January 18, 2016
I feel like I knew this man from the stories I heard over the years from (his son) Charlie. Assuming Charlie is a "chip off the old block", I know he was a wonderful man and wish I could have met him. Rest in eternal peace.
Carol Tilford
January 18, 2016
My heartfelt condolences to the family. May your treasured memories and drawing close to God in prayer help comfort you in your time of sorrow. Psalms 66:19,20
January 18, 2016
With sympathy to the family, sorry for your loss. May you find comfort in Jesus promise at John11:25.
January 18, 2016
Paul's son Mark brought Paul over for a visit several years ago. Paul entertained us with one story after another. He was delightful. Finally Mark insisted that they had to leave. Karen and I and I think Paul wanted to keep the little party going. We're sorry we didn't get another chance to get together. He seemed like such a nice man.
Dick and Karen Whitehill
January 18, 2016
No one had a more glorious laugh than Paul Abel. What a joyful man and friend. It's been a long, long time since Cherrydale and St Aloysius, but his memory is still fresh and vibrant. I'm sorry we will not pass his way again.
Karen Koenig Denby
January 17, 2016
Paul Abel was one of my best, closest friends during our time together teaching music at LSU. He was a great colleague and a fine performer, composer, and teacher. His infectious joie de vivre was an inspiration for all who knew him. He will be missed! Milton Hallman
Milton Hallman
January 17, 2016
Remembering Paul with you-so many fond memories of him and my Mom- Myrtis Riley at LSU. I never laughed so hard or learned so much than when I had him for music theory. He will be missed!
Sharon Riley/Millar
January 16, 2016
Leo - I had the pleasure of meeting your Dad one day at the doctor's office. I called and enlisted your help in finding your Mom for him. In the hour or so I spent with him that day we had a delightful conversation about his life's work. He was such a sweet gentleman, and I was so sorry to see in this morning's paper that he had passed away. Prayers for your Mom and you, and the rest of your family.
Marilyn Percy
January 16, 2016
Paul will always be remembered for all his wonderful music at St. Aloysius.
Lenny Long
January 16, 2016
My heartfelt sympathies go out to the family and friends during this difficult time. I hope that the promise found in 1 Thessalonians 4:14 can bring you some comfort. Knowing that there is a future for the ones we have lost in death can be so reassuring.
January 16, 2016
As a charter member of the Baton Rouge Choral Society (T II), I remember very well rehearsing, and then performing, Paul's "Misa brevis pro defunctus". Paul would attend some rehearsals, listen for a while, talk to Victor, and pretty soon we would take out our pencils and make changes to the score. It was so much fun being involved as this consummate musician's wonderful music was born. His life and talent certainly enriched my life and, I am sure, the lives of all those who heard his music. For that I am very grateful.