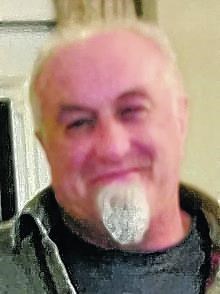 BORN
1951
DIED
2022
FUNERAL HOME
McKneely Funeral Home - Amite - Amite
110 E. Factory St.
Amite, LA
On Sunday, January 9, Paul Crawford passed away peacefully listening to the loving words of his daughter and son. Born on February 12, 1951, he was given the name Paul Lester Crawford. He grew up in Bolivar, LA where he has always called home. He attended Spring Creek High School and was quite popular and showed tremendous athletic ability. He played every sport Spring Creek had to offer. He was elected "Most Athletic" his senior year. Once, his coach was getting together a group of athletes to compete in the Louisiana State Track and Field competition and decided that Paul should compete in the javelin throwing event. While Paul had never held a javelin let alone thrown one, the coach spent the afternoon showing him the mechanics of how to hold and throw a javelin. The next day, Paul competed in the state competition and won the javelin throwing event. To those who knew Paul, you knew that he had an opinion on everything. He didn't base his opinions on hear say. He researched all views and made his opinion based on what he considered facts and evidence. He never shied away from any topic including religion. Paul had read the Bible from front to back multiple times and even read the Quran to better understand the religion. Also, if you knew Paul you would know that unless you agree with his opinion, you had better have time for a lengthy debate in which you would either concede because he convinced you he was correct, or you just absolutely grew tired of arguing about it. You learned that it was simply easiest not to contradict him to begin with. Technology opened Paul's opportunities to express his opinions via Facebook. There was always a controversy waiting to happen. Paul was a good person. He was extremely compassionate. He did not like to see anyone mistreated or suffer. He tended to take up for the underdog and less fortunate. He had a big heart and would give you the shirt off of his back. Paul always helped those who needed jobs and was always generous to those who were going through tragedies. To have him as a friend was to have a loyal, supportive friend for life. Paul had the nickname "Free Bird". Many people never knew him by any other name. His son, Christopher realized this when he was working in a plant in California. As he was explaining who he was in relation to his dad, he realized the worker did not recognize the name "Paul". He offered up his nickname, " Free Bird" and the worker with a Big smile on his face quickly acknowledged Paul. As Christopher worked different jobs across the country, he came to realize that "Free Bird" was well known and well liked from coast to coast. The name "Free Bird" stuck to Paul because it seemed to represent the free spirited attitude and approach to life that he lived. While Paul loved rock and roll music and riding his Harleys, his Greatest Love was that of his children, grandchildren, and great-grandchild. They were his pride and joy. He attended every football, baseball, and basketball game possible of his grandsons. He has also been known to make a trip from Bolivar, LA to North Pike High School, MS just to deliver a fried chicken lunch that his grandson, Ayden had requested. He cherished every moment of their company and was so very proud of them. He was also proud of his daughter and son and the people they had grown to be. His love for them was immeasurable. While his daughter, Christi, and son, Christopher, are now 50 years old, he still called them "Baby Girl" and "Baby Boy". Paul's last words were "I love you babies". Christi and Christopher will forever hold their Daddy's words in their hearts. Those left behind to cherish his memories: daughter, Christi Travis; son and daughter-in-law, Christopher and Michelle Crawford; grandchildren, Seth Travis and wife Shelby, Connor Travis and wife Courtney, and Ayden Travis; great grandchild, Laney Travis; sister, Martha Crain; sister-in-law Debbie Crawford; brother and sister-in-law, Bruce and Cele Crawford; nephews, Stevie Carrier, Tyler Crawford and wife Alison, Henry Crawford and wife Kristin; nieces, Karesa Aguillard and husband, Carl, and Kalette Crawford; great nieces and nephew, Emeree, Declan, Emilia, and Evynne. Preceded in death by: his parents, Thelma Cooper Crawford, and Leon and Bonnie Crawford; brother, Douglas Crawford; grandson, Logan Hargis. A private ceremony to Celebrate his life will be held for family. For an online guestbook, visit http://www.mckneelys.com.

Published by The Advocate from Jan. 12 to Jan. 13, 2022.
To plant trees in memory, please visit the Sympathy Store.
MEMORIAL EVENTS
To offer your sympathy during this difficult time, you can now have memorial trees planted in a National Forest in memory of your loved one.
Funeral services provided by:
McKneely Funeral Home - Amite - Amite
MAKE A DONATION
MEMORIES & CONDOLENCES
25 Entries
I am so sorry to hear of Paul’s passing. Prayers and comfort to your family.
Cathy Cutrer-Raiford
January 20, 2022
I am so very, very sorry for your loss. Paul was an amazing, one of a kind person. I feel lucky to have known him.
Kathy Feltman
January 20, 2022
About 2 weeks ago I saw Paul at the General Dollar in Kentwood in the parking lot. We talked for a while as always. We saying our good byes & Lord put on my heart say I love you & hope you have Blessed day. I will truly miss FreeBird! My heart & prayers with family.
Helen McNabb
Friend
January 17, 2022
My thoughts and prayers are with you.
Linda Carroll
Friend
January 16, 2022
My condolences to all of you. He was a great friend and we shared lots of great memories. He will be missed. All my love and prayers always.
Jana Dillon Gill
Friend
January 15, 2022
Christi and Chris, prayers for you and your family in the loss of your Dad.
Lorraine Roshto
Teacher
January 14, 2022
So sorry for your loss you have my deepest sympathy.
Brenda Smith
Friend
January 13, 2022
So sorry. Great guy. Prayers for all.
Sharon Lindsey
January 13, 2022
Prayers to your sweet family I know they will miss you fly high will all miss you one of your cousin”s of a long line of Crawford’s
Deborah Miller
Friend
January 13, 2022
May your hearts soon be filled with wonderful memories of joyful times together as you celebrate a life well lived.
Bennie Scott Simmons
Friend
January 13, 2022
I met Free Bird when I was 15 years old. I'm now 57. He was a sweet and funny guy. Had lots of fun with him. My deepest condolences to his family. May he rest in peace.
Suzanne Cox
Friend
January 12, 2022
Christi, Christopher, Michelle and family, I am praying for comfort for each of you.
Sandy Toney
January 12, 2022
Rest in peace my friend. I met you when I was 17 years old and i fell in love with one of your buddies, Joey Foster,whom I was married to for 5 years , even though "Freebird" warned me Joey couldn't be tammed.. he still gave us his blessings and was a groomsmen in our wedding ...we remained friends even though I couldn't tame Joey. .I graduated High School with his nephew Stevie Carrier. I am so sorry for your family's loss .
Glenda Williams
Friend
January 12, 2022
I’m sorry for your loss. Prayers for the family.
Mary Sheridan
January 12, 2022
Remembering all the childhood good times we had. God bless and rest in peace.
Donald Grace
Family
January 12, 2022
I went to school with Paul
Betty Painter-Elliott
January 12, 2022
Sorry to hear about Paul. All of you are in my thoughts and prayers.
Nancy White Leglue
Family
January 12, 2022
I always enjoyed talking with Brid
whenever I would run into him at the dub or some other watering hole
he'd would tell not to work to hard because he wouldn't want his tax dollars wasted on things like that
FLY HIGH FREE BIRD
Jesse Wall
Acquaintance
January 12, 2022
I am so sorry to hear about Paul . Hold on to these wonderful memories you have and he will forever be in your heart . Prayers for all of the family .
Delphine and Paul Fussell
Family
January 12, 2022
I had a wonderful visit with Paul at the Sunflower in Kentwood a few months back. We joked and swapped a few stories. We swopped "God bless you' s" as we left.
Chester Pritchett
Friend
January 12, 2022
Rest In Peace, Paul! My thoughts and prayers are with all of you.
Mittie Rohner
Family
January 12, 2022
I went to school with Paul for 12 years. We played basketball together and yes, he was a special athlete with much talent. I was also on that trip to Shreveport for the state track meet when he threw the javelin. I have very good memories of Paul and I’m sorry to here of his passing. I would like to say one other thing. Whoever wrote his obituary did a great job! He would be proud.
Richard Bryan
Friend
January 12, 2022
Today and always, may loving memories bring you peace, comfort, and strength. Keeping you close in heart and prayer.
Melissa Thomas
Friend
January 12, 2022
Grief can be so hard, but our special memories help us cope. Remembering you and your loved one today and always.
So sorry about Paul, prayers for you all
Ann Huff
January 12, 2022
Christopher and Michelle, please know you are in my thoughts and prayers
Kathy Stafford
Friend
January 12, 2022
Showing 1 - 25 of 25 results