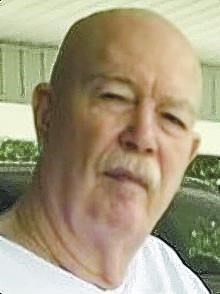 BORN
1938
DIED
2021
Paul Travis "Tabo" Ellender passed away on October 11, 2021 at the Baton Rouge General hospital. He left peacefully at the age of 83. Paul was born in Lake Charles, Louisiana on June 14, 1938. He attended 4th Ward Elementary School and graduated from LaGrange High School in 1956. He went on to graduate from McNeese State University. Paul began his life in Lake Charles, moving to Houston, and then to Baton Rouge where he remained until his passing. Although he called Baton Rouge home for many years, he made sure to maintain connections to his home town of Lake Charles by being a member of the McNeese Alumni Association and staying in contact with his friends from school. He always looked forward to receiving his alumni newsletter and kept a subscription to the Lake Charles American Press that was delivered to his home in Baton Rouge. He also enjoyed researching his family history and was a member of the Kinfolks SW Louisiana Genealogical Society. Paul spent his career in property management and managed everything from nursing homes to office buildings, apartment complexes, and shopping centers. Most notably, he was manager of Corporate Square, including Corporate Mall. He also served as property manager of Siegen Marketplace, where he retired. Paul was a kind, generous, and funny man who enjoyed watching golf and football, hanging out with family and friends, and eating good food. He always had sweets on hand, and had a special affinity for Reese's Peanut Butter Cups. At Paul's request there will not be a formal service, but we hope those who know him will remember him for his silly sense of humor. He loved to laugh and to make other people laugh. Paul is survived by his wife of 46 years, Shirley Vawter Ellender. He is also survived by his son Marc Ellender and wife Janique, step children, Rhonda Hunsucker and husband Charlie, Tyrone Sarvaunt, Clint Sarvaunt, grandchildren Nick Gaspard and wife Katelyn, Jennifer Riskowski and husband Tim, Trinity Sarvaunt, Brooklyn Perkins, Victor Smith, Erica Virella, Courtney Higginbotham, and 9 great-grandchildren. Paul was predeceased by his mother, Annie Mae McMahon Ellender, father, Clarence Andrew Ellender, brother, Bennett Ellender, nephew Steve Ellender, niece, Pam Ellender, and step son Victor Sarvaunt.

Published by The Advocate from Oct. 13 to Oct. 14, 2021.
To plant trees in memory, please visit the Sympathy Store.
MEMORIAL EVENTS
To offer your sympathy during this difficult time, you can now have memorial trees planted in a National Forest in memory of your loved one.
MAKE A DONATION
MEMORIES & CONDOLENCES
0 Entries
Be the first to post a memory or condolences.