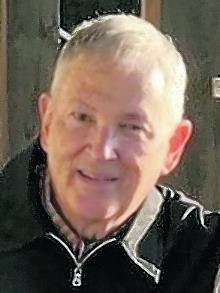 BORN
1945
DIED
2022
ABOUT
St. Joseph's Academy
FUNERAL HOME
Rabenhorst Funeral Home & Crematory East
11000 Florida Boulevard
Baton Rouge, LA
Paul H. "Topper" Jantz, age 76, of Baton Rouge, Louisiana, passed away on Wednesday, January 12, 2022, surrounded by family following a long battle with cancer. He was born on September 10, 1945, in Deridder and raised in Oakdale, Louisiana. Though he resided in New Orleans, Gramercy, and Deridder, he settled in Baton Rouge which he called home for over 40 years. Topper was a graduate of Oakdale High School where he achieved the honor of Eagle Scout. He received his Bachelor of Science in business and Master of Business Administration degrees from Louisiana State University. While at LSU, he served as the President of Pi Kappa Alpha Fraternity and the President of the Interfraternity Council. In his freshman year, he met his wife, Lillie. They celebrated the day they met for 58 years. Topper joined the U.S. Coast Guard and went straight into Officer Candidate School. He was commissioned as a Lieutenant and stationed in New Orleans. Following his service in the USCG and upon entering the USCG Reserves, he opened two convenience stores in Gramercy, Louisiana. Then, he decided to attend LSU Paul M. Hebert Law Center where he graduated as a member of the Order of the Coif. Topper practiced law in Louisiana for over 45 years. He was a very loving and devoted husband, father, and grandfather. He loved history, especially, WWII. His love of airplanes led to his obtaining his pilot's license. Topper was an avid LSU sports fan. He enjoyed reading, trivia shows, cryptograms, and travelling with his family. Topper knew every star, planet, and constellation in the sky. He grew beautiful roses, kumquats, and lemons. He volunteered in the community with the Kiwanis Club, Rotary Club, his neighborhood Board of Directors, the Baton Rouge Magnet High School Mock Trial team, LPB, and many other organizations. As a polished speaker, Topper won numerous awards with Toastmasters International. He was supportive of his family, friends, colleagues, and community. Topper is survived by his wife of 52 years, Lillie Belle Norris Jantz; daughters Jennifer Jantz (Angela Adams) of Baton Rouge, Louisiana and Jessica Jantz of Savannah, Georgia; and granddaughters Kate Williams, Maya Witry, Ariel Witry, and Rhys Jantz. In addition, he is survived by sisters Charlotte Jantz Scheel and Adena Jantz Jones of Oakdale; sisters- and brothers-in-law Nora Norris Adams (Art) of Baton Rouge, Sallie Norris Beckes (Randy) of Pensacola, Florida, Debra Walsh Norris (Jonathan, dec) of Grand Point, and Tommy Norris of Gramercy as well as a host of nieces, nephews, cousins, and extended family. Topper is preceded in death by his parents Paul and Joy Cagle Jantz; in-laws Dr. William C. Norris and Lillian Davidson Norris Simon; and brothers-in-law Jonathan P. Norris, William C. Norris, Jr., John R. Jones, and Michael Cottongin. A memorial visitation will be held on Saturday, January 15, 2022, from 1:00 - 2:00 pm. A memorial service will follow at 2:00 pm at Rabenhorst Funeral Home East, 11000 Florida Blvd., Baton Rouge, Louisiana. A private burial will be held at Roselawn Cemetery in Baton Rouge at a later date. In lieu of flowers, memorial donations in Topper's name may be made to St. Joseph's Academy in Baton Rouge at sjabr.org or The National WWII Museum in New Orleans at nationalww2museum.org. The family would like to extend its sincere gratitude to Drs. Scott Wharton, Joseph Deumite, and Brian Bienvenu for their care and compassion.