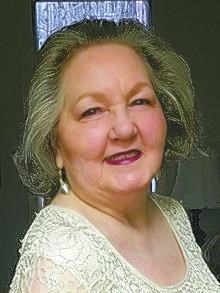 BORN
1932
DIED
2021
FUNERAL HOME
Resthaven Gardens of Memory & Funeral Home
11817 Jefferson Highway
Baton Rouge, LA
Jacqueline "Jackie" Arnould Plaisance Cappe' died on November 22, 2021. She was born to French Acadian parents, Sidney P. Arnould, Sr. and Cecile Broussard Arnould on May 9, 1932 in Lafayette, LA. As a young girl she lived with her great-grandmother, a Belgian emigrant who only spoke French. It did not take her long to learn to speak and write in French. Jackie also learned to sew when she was a girl and sewing became a lifelong interest and at times, a livelihood. Jackie sewed everything from underwear (with a top casing rather than elastic during WWII as elastic was only available for the fighting troops) to overcoats, as well as gorgeous home furnishings. She enjoyed most forms of needlework, including embroidery and quilting. She made a quilt for each of her grandchildren when she was in her eighties. Periodically, she would use her sewing skills to update her home, which she enjoyed decorating in a comfortable and attractive manner. Her favorite sewing projects were evening and bridal dresses. Jackie also enjoyed reading, working puzzles and working in her garden. Like most of the women in her family, she had a "green" thumb. She was also a wonderful cook, cooking a traditional Sunday dinner with a beautifully set table each week. Jackie was a longtime friend of Bill W. since 1983. Jackie grew up in (then) rural Lafayette and left there when she married Clifford J. Plaisance. They were married for 50 years and had six children. Both Jackie and Clifford were very active in their parish, St. Pius X (now closed), when raising their family. They liked to hold barbecues and fish fries outside their home or at the beach for family and friends. Together, they founded the first PFLAG chapter in Baton Rouge. Jackie and Cliff were married until his death in 2001. Several years after Clifford death, Jackie married Joseph Cappe' until his death. Survivors include two daughters and three sons, three stepchildren and five grandchildren: Helen Plaisance, Louise Plaisance (Don Lierman), William Plaisance, Robert Plaisance, Camille Plaisance (Theresa) and stepchildren Roger Cappe' (Yvonne), Chris Cappe' (Julie) and Cheryl Mouch (Glen). Grandchildren include Madelaine Joffrion, Audrey Sabat (Joseph), Russell Plaisance (Erin), Austin Plaisance and Casey Burris. She is also survived by a newborn great grandson, two great-step grandsons and numerous nieces and nephews. Also survived by sister Catherine Raggio (Earl) and sister in law Linda Arnould. Preceded in death by her parents, Sidney and Cecile Arnould, her sisters, Florence, Helen, and Louise Orgeron Hartiens, brothers Russell and Sidney P. Arnould, Jr., son Philip Plaisance and step grandson Christopher Burris. Special thanks to ST. George Catholic Church for ministering to her spiritual needs. Her Eucharistic minister, Lois, was especially faithful in her service. The efforts of all the nursing and CNA staff at The Carpenter House at St. Joseph Hospice is also deeply appreciated by her family. In accordance with her wishes, she was cremated. Visitation will be held at St. George Catholic Church at 7808 St. George Dr., Baton Rouge, LA 70809, on Tuesday, November 30 from 8:30-10:00, followed by a funeral mass. Interment immediately following at Resthaven Gardens of Memory, 11817 Jefferson Hwy, Baton Rouge, La. 70817. In lieu of flowers, memorial donations may be made to St. Jude's Hospital, 501 St. Jude Place, Memphis, TN 38105.