FUNERAL HOME
Church Funeral Services & Crematory - Saint Amant
13250 Highway 431
Saint Amant, LA
"Polly" Leslie Boteler Williams of Baton Rouge, Louisiana, known as Polly by everyone, passed away peacefully at the age of 87 on August 27, 2018, surrounded by her loving family. Born on November 3, 1930, in New York City, New York. She later moved to Rhode Island where, at 17, she became the youngest female in the state to earn her private pilot's license. She was an avid sailor and taught sailing lessons in the summers. She was a graduate of University of Kentucky, where she was an active member and lifelong supporter of Chi Omega Sorority. She and her family moved to Baton Rouge in 1965, after living in Florida and Texas. Polly was an avid Clubwoman and active in supporting the Baton Rouge community as well as statewide. She started many clubs in the late 1960s and was instrumental in the success of numerous organizations in the Baton Rouge area. Throughout her volunteer career, Polly was appointed to positions by two Governors and a Senator. She was involved in clubs and committees, too numerous to mention, and was most likely president at some time of each club she was involved in. She thrived on service to her community and getting others involved as well. She had a great ability to bring people together. Polly has been a permanent fixture in the Community Pages of the The Advocate for the last 50 years. Polly was a trail blazer and loved adventure. She was vivacious and warm-hearted and will be greatly missed by her family, friends and community. She was preceded in death by her husband of 54 years, George Williams, and her granddaughter, Camille Williams. She is survived by her four children, Leslie Williams Reilly, Jo Williams Crake, Geordie Williams and Amy Williams Stokes; grandchildren, Cameron Crake, Claire Williams, Trey Reilly, Graham Reilly, Davison Crake, Tanner Crake, George Stokes and William Stokes. She was also survived by her favorite sister, Judy Earnshaw. The family would like to extend a special Thank You to the entire staff at Sunrise Senior living for their love and care for the last year and a half, and to those at Pinnacle Hospice. A celebration of her life will be held at Broadmoor United Methodist Church on Friday, September 7th at 6pm. Burial will be at the Frankfort Cemetery in Frankfort, Kentucky. In lieu of flowers, please consider making a donation to The Muscular Dystrophy Association, Broadmoor Methodist Church, The Baton Rouge Women's Club or to the charity or cause of your choice, Polly was most likely involved with it!!
Published by The Advocate from Sep. 1 to Sep. 7, 2018.
To plant trees in memory, please visit the Sympathy Store.
MEMORIAL EVENTS
To offer your sympathy during this difficult time, you can now have memorial trees planted in a National Forest in memory of your loved one.
Funeral services provided by:
Church Funeral Services & Crematory - Saint Amant
MAKE A DONATION
Please consider a donation as requested by the family.
MEMORIES & CONDOLENCES
16 Entries
Polly was a wonderful friend and an inspiration to me! I miss her and think of her often.
Nancy Williams
Nancy Williams
Friend
August 26, 2019
I see that my name was left off of my message so I will add another. I know Polly's family will miss her as she was so much a part of their lives and so many friends and organizations. I pray for her children at this time. Rusty, Ricky, Jan(Ripple) and Mary Sue Meador
Mary Sue Meador
September 8, 2018
On behalf of the Turk family, I wish to convey our deepest condolences. As there is a time for everything, even saying "goodbye" to someone who is so dear and loved, we do so with heavy hearts. We are comforted by our Lord's promise of salvation. Mrs. Polly will always be remembered as a friend, neighbor, "extra mom", fun Girl Scout leader, and as a most amazing and accomplished woman. Our thoughts and prayers are with all of you.
Much love and friendship,
Michelle Turk
[email protected]
Michelle Turk
September 7, 2018
Polly was like a dear sister to me. We met in early l980 and since our husbands were friends, we becoame close. However, we worked together on so many events in Baton Rouge. She wss always so helpful - with a sweet smile and generous time and efforts. We spent many hours together::at church, in numerous clubs and organizations and how I will miss her and will so many hundreds and hundreds of others who have been lucky to have known her. To her children, I say: May God Bless You and know that my thoughts and prayers and love will always be with you Nell Mitchell Doughty
September 7, 2018
Polly was like a dear sister to me. We were friends and co-workers in so many events in Baton Rouge for almost 40 years. I loved her dearly. She was a true , wonderful, helpful and a genuine person. No matter what, she wss there with a smile and saying :I know you can do it" Our husbands were good friends and we have spent many hours together. How I will miss her!!!!! To her family, God Bless you and know my prayers and thoughts are with you forever, Love Nell Mitchell Doughty
September 7, 2018
Polly was a good friend,we shared many years together as co-volunteers. Our children were on the same swim team. Inter Civic Council was our last activity working on the Golden Deeds Award Banquet. Gordie, if you read this, please get in touch with me. Ricky, Rusty and Jan share our thoughts and prayers with you and your family at this time. I will not be able to attend her service at the church.

Golden Deeds Award Banquet. Polly will be missed by so many and my prayers are with the family at this time. If you read this Gordie, please get in touch with me. I will not be able to attend the service at the church.
Mary Sue Meador
September 6, 2018
My friend for over 50 years! The beginning was in Baton Rouge Newcomers Club. Then, she asked me to "assist" her in teaching sixth grade Sunday School students at Broadmoor Methodist. Soon, she was instrumental in pushing me into the presidency of Newcomers. Then, it was to join the newly established GFWC club. Soon, we moved, and I was thankful --for no one could keep up with Polly! But then she dropped in to visit at our new home in Houston -- and insisted I would soon know as many people there as I did in Baton Rouge (if I got involved!) I did...and I did. Your obituary captured the essence of Polly -- and her ability to get people involved and then mentor them!! I'm forever grateful for her inspiration, her friendship, her support and her love. Baton Rouge will miss her. And so will hundreds of others who, like me, have been pushed to do more, and did, because she assured us we could.

PS Read of her obituary in the GFWC national newsletter.
Sandra Koonce
September 5, 2018
Polly was a wonderful Beta Sigma Phi sister and will be missed by everyone. May God grant you peace, comfort, and strength in the days ahead as you remember the good times you shared with her.
Jean Leyda
September 5, 2018
To the Williams Family - I am so sorry for your loss. You remain in my prayers.
Fondly,
Leah Barron
September 5, 2018
To the family of Ms. Polly, I was shocked and saddened to read of her passing. I had the pleasure of getting to know Ms. Polly through her many submissions to The Advocate and InRegister. The Woman's Club monthly coffee was one of the first events I covered, and where I first met your mom.
Please accept my heartfelt sympathy.
Pam Bordelon
September 4, 2018
I am so sorry for your great loss of my dear friend, Polly.
I had the honor and privilege of serving with Polly on the InterCivic Council in Baton Rouge for a number of years.
I considered Polly my dear friend. I will miss her.
May the same loving Father who welcomed Polly into His Heavenly home, hold your hearts during your time of great sorrow.
Pauline Marques
September 3, 2018 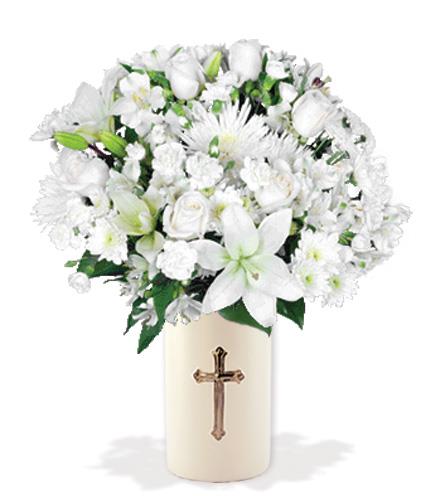