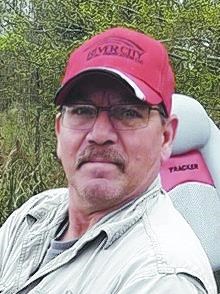 FUNERAL HOME
Charlet Funeral Home, Inc., Clinton, LA - Clinton
10761 Bank Street
Clinton, LA
Randall Scott Mayeaux (Randy) passed away in New Orleans November 13, 2021 at the age of 61 surrounded by family and friends. He was born in Baton Rouge and a graduate of Istrouma High School. He has been a resident of Clinton, LA for 35 years. Randy was an employee of Exxon Mobil with only one year remaining until retirement. He was an avid deer hunter, but in later years saw deer only as God's "beautiful creations." He began caring for them and could almost touch them. Randy's absolute favorite thing to do was Bass fish. He has some impressive catches! Vegetable gardening was among his many talents along with cooking his 36 hour brisket. Beloved Mother, Wanda Cowart Mayeaux, brother, Gene Mayeaux, preceded Randy in death. He is survived by daughter, Jessica Mayeaux Bunch; son-in-law, Russell (Bennett) Bunch; grandchildren, Tash and Charles Bunch; sister, Judy Fuentes; brother-in-law Buddy Fuentes; brother, Danny Mayeaux; sister-in-law, Cindy Mayeaux; many cousins nieces and nephews. Words can't express the appreciation and love our family has for Jimmy Manno, a lifelong neighbor and best friend to Randy. Special thanks to the doctors and staff of Ochsner Medical Hospital of New Orleans. At a later date, a celebration of life will be held at Percy Quinn State Park. Share sympathies, condolences and memories at www.CharletFuneralHome.com.

Published by The Advocate from Nov. 19 to Nov. 21, 2021.
To plant trees in memory, please visit the Sympathy Store.
MEMORIAL EVENTS
To offer your sympathy during this difficult time, you can now have memorial trees planted in a National Forest in memory of your loved one.
Funeral services provided by:
Charlet Funeral Home, Inc., Clinton, LA - Clinton
MAKE A DONATION
MEMORIES & CONDOLENCES
4 Entries
Randy was a good childhood friend and he will be sadly missed but not forgotten .
Joel Wheat
November 22, 2021
Work at the Exxon Research GCP plant with Randy for a few years , a great guy , knew his stuff ! Never forget a story he told me about being alone fishing in the north flat at Percy Quinn lake , slaughter the bass , average was like 4.5 lbs ! Rest In Peace my friend
Randy Anglin
Work
November 22, 2021
Work with Randy for many years at ExxonMobil as a contractor and a employee. Prayers for the family.
Euliss Boeneke
Work
November 21, 2021
Jessica May God grant your family peace and understanding during this time
Lashawn Keith
Other
November 21, 2021
Showing 1 - 4 of 4 results