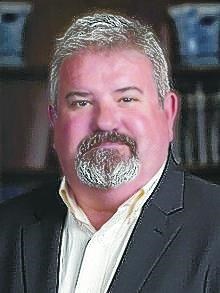 BORN
1962
DIED
2021
FUNERAL HOME
Seale Funeral Service, Inc. - Denham Springs
1720 S. Range Ave.
Denham Springs, LA
Dr. Randall "Randy" Lee Mynatt passed away in Baton Rouge, LA on November 10, 2021. Randy was born in Knoxville, TN to Emerson and Cecil Mynatt on September 28, 1962. Growing up in East Tennessee, Randy graduated from Halls High School and the University of Tennessee, receiving his Ph.D. in 1991. After several post-doctoral fellowships, Dr. Mynatt accepted the position as Director of Transgenics at Pennington Biomedical Research Center in 1997. He was a brilliant scientist who leaves a lasting legacy in the fields of obesity and diabetes. The models and methods he developed, along with his research, led to several high impact scientific papers which have been cited by thousands of scientists worldwide. Randy had many passions, but spending time with his children, Tyler and Caroline top the list. Fishing, hiking and boating were just a few of their favorite activities. Randy enjoyed entertaining and spent many summer weekends hosting pool parties. He loved growing tomatoes and cucumbers, and used the cucumbers to make his famous homemade pickles, which he proudly offered to guests. Randy truly loved taking road trips, especially when his beloved dog Murphy was able to tag along. His favorite destinations were to his hometown of Knoxville and Pensacola Beach. Randy is preceded in death by his father, Emerson Mynatt; his grandparents, Rush and Roxie Mynatt and Edgar and Alba Welch. Survived by his children, Tyler and Caroline; siblings Carol Fortner, Dwight "Butch" Mynatt (Pam), Gwen "Gina" Bingham (Brad); his mother Cecil Mynatt (Welch); 3 nieces, 2 nephews; 5 great nieces and nephews; and special friend, Carrie Elks. A private service will be held in Baton Rouge on Tuesday, November 16, followed by interment in Knoxville, Tennessee. Honorary pallbearers will be Jeff Miller, Eric Ravussin, Alex Garn, Rob Noland and Bobby Stephens. The family would like to thank Seale Funeral Home for their services. If you feel lead to honor Randy's legacy, the family requests donations be made to either the American Diabetes Association or the American Cancer Society.

Published by The Advocate from Nov. 14 to Nov. 16, 2021.
To plant trees in memory, please visit the Sympathy Store.
MEMORIAL EVENTS
To offer your sympathy during this difficult time, you can now have memorial trees planted in a National Forest in memory of your loved one.
Funeral services provided by:
Seale Funeral Service, Inc. - Denham Springs
MAKE A DONATION
Please consider a donation as requested by the family.
MEMORIES & CONDOLENCES
14 Entries
Colleague, mentor, friend. You taught me tons and brightened the days with laughter during our time at ORNL and the Mouse House. I always admired Randy´s genuine, kind-heartened and fun-loving nature, balanced with a sharp mind. Rest easy, kind soul.
Roz Miltenberger
Work
November 30, 2021
RIP Randy and condolences to your loved ones. Max and I have so many fond memories of our time in Louisiana and your pool badminton parties, pulled pork and pickles, Murphy! You were a generous and fun loving host. We'll miss you oxox
Charmaine Tam
November 22, 2021
Rest In Peace Chief, wish I could have been there for you. You were always believed in me. The fishing trips with you and Tyler always in my heart.
Steve Bond
November 20, 2021
Very sad to hear about Randy´s passing. I grew up with Randy in Halls (Knoxville). We had a lot of great times together. He was one of the smartest individuals I´ve ever known. Prayers and sympathies to a great family. Mark Monroe
Mark Monroe
Friend
November 18, 2021
Sorry to hear of Randalls early death. I send my best feelings to all his family today.
Vern Mynatt El Paso, Tx. Mynatt Geneagolist
Other
November 18, 2021
You left too soon Randy. My sincere condolences to your family and friends. We will be thinking and praying for you and yours! You will be missed! Naima
Naima Moustaid-Moussa
Work
November 16, 2021
So sorry to lose Randy. We were in the same lab at UT and he was a great lab mate. It is hard to say goodbye, rest in peace.
Jim Daily
Work
November 16, 2021
Sending prayers to the family during this difficult time. Rest in Peace, Randy!
Laura Dallam
Work
November 16, 2021
Rest easy my friend. I'll see you down the road.
Robert Stephens
November 16, 2021
Our thoughts and prayers are with all of the family
Rita and John Staley, Jr.
Other
November 15, 2021
Rest In Peace Randy. Sending prayers for your family.
Cindi Tramonte
November 15, 2021
Another Good Man lost too soon. RIP my old friend....
Greg Osborne
Friend
November 15, 2021
May God bless you and your family in this time of sorrow.
shirley Ennis
Work
November 15, 2021
Rest in peace, Randy.
Ben Bartsch
Friend
November 14, 2021
Showing 1 - 14 of 14 results