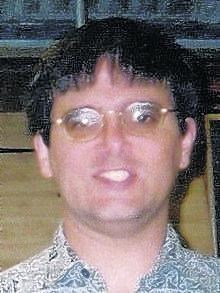 BORN
1961
DIED
2022
FUNERAL HOME
Greenoaks Funeral Home
9595 Florida Blvd
Baton Rouge, LA
Robert Paul Geissler, age 60, passed away on January 10, 2022. Robert was born in Madison, WI, and a resident of Baton Rouge, LA. Robert was born June 16, 1961 and earned a B.S. in Industrial Engineering from LSU in 1989. Robert worked as an Industrial Engineer at several companies in Baton Rouge. He had a medical retirement from SJB Group in 2010. Robert was a completely self-taught computer expert, and his first computer was a Commodore 64. He also grew an interest in online gaming, since he was confined to his home due to sickness. Robert is survived by his parents, Paul and Monica Geissler; brother, Mark Geissler; sister, Judith Geissler; nephews, John Geissler (son of Mark), Kai Cassidy (son of Judy), Seamus Cassidy (son of Judy). Pallbearers will be Kai and Seamus Cassidy, Mark and John Geissler. In lieu of flowers, donations may be made to St. Patrick Catholic Church in Baton Rouge. The family would like to thank the staff at Landmark Nursing Home in Baton Rouge for caring for Robert in his last year and a half of his life. A visitation will be held on Friday, January 14, 2022 from 11:00 am – 1:00 pm at St. Patrick Catholic Church with a Mass of Christian Burial to begin at 1:00 pm with Father Frank Uter. 12424 Brogdon Ln, Baton Rouge, LA 70816 Interment will immediately follow at Greenoaks Memorial Park. 9595 Florida Blvd. Baton Rouge, LA 70815.

Published by The Advocate from Jan. 12 to Jan. 14, 2022.
To plant trees in memory, please visit the Sympathy Store.
MEMORIAL EVENTS
Jan
14
Visitation
11:00a.m. - 1:00p.m.
St. Patrick Catholic Church
LA
Jan
14
Mass of Christian Burial
1:00p.m.
St. Patrick Catholic Church
LA
Jan
14
Interment
Greenoaks Memorial Park
9595 Florida Blvd., Baton Rouge, LA
Funeral services provided by:
Greenoaks Funeral Home
MAKE A DONATION
MEMORIES & CONDOLENCES
5 Entries
Our thoughts and prayers are with the entire family. God's speed! Hugs...
Bob & Lisa Jones
Family
January 20, 2022
Robert was a gift to us all; from a joyous boy who loved baseball to a beloved brother and son, friend and colleague-We wish him peace and eternal joy!
Mary Ann Breunig
January 14, 2022
I am so sorry to hear this Monica and Paul and those who loved Robert. I hope you can celebrate his life and remember the good times spent with each other. When you think of him, smile, and think happy thoughts. Rest in Eternal Peace Robert. Know that you leave behind many who love you. We Greek/Eastern Orthodox say "Memory eternal" - - If we remember someone, they will always be with us. "Eternal Memory" - - remembrance by God, rather than by the living... Robert's soul has entered heaven and enjoys eternal life. Peace be with you.
Lou Georgiades
January 14, 2022
My sympathy and condolences to Paul and family. I am very sorry for the loss of your son. May you have comfort and peace from our Lord Jesus Christ.
Cheryl Arnold
Work
January 14, 2022
I´m so very sorry for your loss. Grief is a universal language that each person speaks but must experience on their own. That said, I have been there and am here for you, if you need anything at all . God Bless you and your family in this time of sorrow
Arun Malik
Other
January 13, 2022
Showing 1 - 5 of 5 results