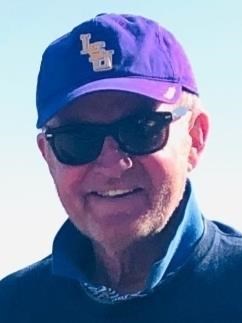 BORN
1949
DIED
2022
UPCOMING SERVICE
Memorial service
Feb, 6 2022
2:00p.m.
Outdoor Art Club
Send Flowers
Robert Hugh Hines, Jr., child psychiatrist and pain medicine physician, passed away at his Mill Valley, California home on Monday, January 3 after a long illness. Born in 1949 in Baton Rouge, Louisiana, he was a proud graduate of University High School and Louisiana State University (LSU). He received his medical degree from LSU in New Orleans, where he earned the Bick Award for outstanding achievement and promise in the field of psychiatry. He completed his psychiatric internship, residency, and child fellowship at the McAuley Neuropsychiatric Institute at St. Mary's Medical Center, where he served as Chief Resident and later as Medical Director of the Inpatient Child Psychiatric Unit. In what would become a 35-year labor of love, he consulted at the St. Vincent's School for Boys, a licensed residential treatment home, helping boys overcome adversity to live more fulfilling lives. He enjoyed nothing more than watching both children and caregivers grow. The guiding light of his career was attachment, the bond between caregiver and child. That was driven by his own early childhood, when he contracted polio before the vaccine was available and spent six weeks in the hospital separated from his parents. In 1990, he co-published a paper showing the strong correlation between early childhood trauma and chronic pain later in life. In addition to his work at St. Vincent's, he was a partner at Bay Area Pain Medical Associates, where he, alongside his colleagues Michael Moskowitz, Diane Keaney, and Moira Opalka, helped innumerable patients live happier and more meaningful lives. He loved his life, family, and friends. From Baton Rouge to the Mill Valley Tennis Club, St. Vincent's to treasured colleagues throughout the years, Bobby practiced what he preached. He built deep relationships with lasting impact on his family, patients, and friends. No matter who you were, when he was in the room, he made you better. He is survived by his wife, Janet Mulhern Hines; four children, Katie Wilson (Jess), Sarah Hines (Nathan Shinn), Courtney Armstrong (Ben), and Joe Hines (Elyssa); his three siblings Merrill Faye Eglin (A. Bridger), Marilyn Sue Burgess (George E. III), William H. Hines (Frances "Bunny"), 9 cherished nieces and nephews, and 10 beloved grandchildren. He was predeceased by his father, Robert Hugh Hines, Sr. and his mother, Patricia Aumiller Hines. A memorial service is planned for Sunday, February 6 at 2 p.m. at the Outdoor Art Club in Mill Valley, California. In lieu of flowers, please consider a donation in his name to St. Vincent's School for Boys/Catholic Charities. 1 St. Vincent's Drive, San Rafael, California, 94903. In the memo, designate Robert Hines Memorial.

Published by The Advocate from Jan. 14 to Feb. 6, 2022.
To plant trees in memory, please visit the Sympathy Store.
MEMORIAL EVENTS
Feb
6
Memorial service
2:00p.m.
Outdoor Art Club
Mill Valley, CA
MAKE A DONATION
MEMORIES & CONDOLENCES
3 Entries
As my doctor for many years, he saved my life more than once. Very sad to hear of his passing. Love to his family and friends.
G
Other
January 24, 2022
Such a loving and touching obituary. You captured his essence. You are in my heart.
Hope
January 17, 2022
Bobby´s Gracious smile lighting up the room and excluding his love for life is they way I will always remember him. His love for Nola, and his family always surrounded him with joy .. as a family friend I have seen his far reaching love and support for his family , friends and patients..Boooyah Bobby you lived life well and are already deeply missed ......Booyah
Christine Heath
Friend
January 16, 2022
Showing 1 - 3 of 3 results