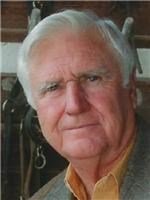 We mourn with you and are deeply saddened. May His Angels, guide you, uphold you, keep you and surround you today and in the days and weeks to come.

God Bless/RIP,to ALL who served.Thank You for your service,Ret,Lt.Col.Odom,Sir..Semper Fi.
Herb Guyer-Sharfenaker USMC
May 17, 2014
Rotha Mills Cook
Rotha Mills Cook
May 17, 2014
OUR HEARTS GO OUT TO THE FAMILY IN THEIR TIME OF LOSS. THANKS MR. BOB FOR SERVING OUR STATE FOR SO MANY YEARS. GOD BLESS YOU AND YOUR FAMILY
JOHNNY HONEY
May 17, 2014
Showing 1 - 32 of 32 results