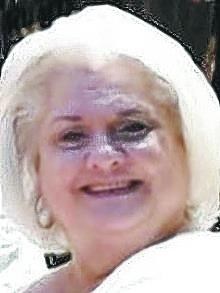 BORN
1951
DIED
2021
Sandra Gayle Ray Cannon a native of Baton Rouge, Louisiana and resident of Jarreau, Louisiana, passed away on Tuesday, October 19, 2021, at the age of 70. Sandra was born on February 24, 1951. She was a 1969 graduate of Broadmoor High School, and a retired secretary with the Louisiana Department of Wildlife & Fisheries – Enforcement Division. She was preceded in death by her parents, William Daniel Ray and Lorena Elizabeth Forbes Ray, brothers, Don Ray and Jack Ray, parents-in-law, Thompson and Noema Courtney Cannon, and sister-in-law, Kay Guerin Cannon. She is survived by her husband of 50 years, Nelson Cannon, her sons James (Virginia) Cannon and Thomas Cannon, her grandchildren, Nicole and Katie Cannon, her step-grandchildren, Daniel Reed, Cody (Mary) Reed, Matthew Reed, and Emily Reed, her sister Shirley (Michael) Brown, her sisters-in-law, Gail Bergeron Ray and Anita Smith Ray, Brenda (Dalton) Quave, and her brother-in-law, Terry Cannon, as well as many nieces, nephews, great nieces, great nephews, friends, and family. A private family memorial will be held at a later date.

Published by The Advocate from Oct. 23 to Oct. 24, 2021.
To plant trees in memory, please visit the Sympathy Store.
MEMORIAL EVENTS
To offer your sympathy during this difficult time, you can now have memorial trees planted in a National Forest in memory of your loved one.
MAKE A DONATION
MEMORIES & CONDOLENCES
2 Entries
Nelson I am so sorry for your loss.
Ann Butler Lemenager
October 31, 2021
May God bless you and your family in this time of sorrow.
MARY RIVERE FOIL AND KERRY FOIL
Friend
October 26, 2021
Showing 1 - 2 of 2 results