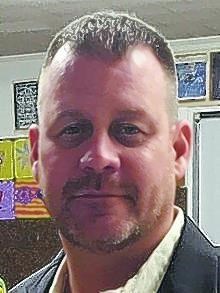 BORN
1975
DIED
2021
FUNERAL HOME
Niland's Funeral Services, Inc.
210 West End Drive
New Roads, LA
Scott C. Shows was born on April 14, 1975 and lost his short battle with Pancreatic Cancer on Nov. 16, 2021. "Seeing death as the end of life is like seeing the horizon as the end of the ocean. It is foolish and wrong to morn the man who died, rather should thank God that the man lived". He leaves behind his mother and father, Joe and Susan Shows, brother Shane Shows, daughters Caitlyn and Chloe Shows, grandmother Ruby Shows, several aunts, uncles, cousins, nieces and nephews. Also to miss him are all of his many present and past coworkers and friends who were all family to him and were such an important part of his life. Preceded in death by his brother Tad Shows, grandparents Elton and Anita Gauthier, grandfather Jess Shows, uncle Mark Gauthier and his beloved pet Tank. So when you do a good deed for someone, hear a good song or cook a pot of good food, think happy thoughts of him. A visitation will be held at Niland's Funeral Home in New Roads on Saturday, November 20, 2021 from 10 am until religious service in the funeral home parlor at 4 pm. Services will be conducted by Rev. Jason Sonnier, interment will be held at a later date.