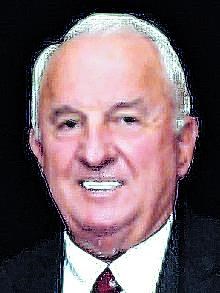 BORN
1935
DIED
2021
FUNERAL HOME
Wilbert Funeral Home - Plaquemine
24120 Railroad Avenue
Plaquemine, LA
Stanley Herman "Jackie" Jackson, Jr. June 10, 1935 – September 11, 2021 Jackie went Home to be with the Lord on September 11, 2021. He joins his son, Kirtley Maurice "Kirt" Jackson; his parents, Stanley Sr., and Lilline Ourso Jackson; a host of other family and friends. Left to mourn his passing and to celebrate his life are his wife of 48 years, Rita Lynn Erwin Jackson; son, Stanley III "Stan" and wife Sharon Daigle Jackson; daughters Tammy Marie Jackson; Lauren Zito Veal, whom he raised and loved as his own, and husband Mark. Grandchildren include Kirsten Clebert (Corey); Kynlee Cunningham (Rocky); Kirtley Jackson (Krystal), Anna Caroline Veal; Edward "John Ross" Veal. Great-grandchildren are Cullen, Cooper and Colette Clebert; Claire, Ella Grace and Harris Cunningham; Keller Jackson; nieces, nephews, cousins. Jackie worked hard all his life, beginning at age 5 shining shoes in the Terrebonne Parish Courthouse square with a supply box made for him by his father. At his father's death when he was 11, he moved to Plaquemine to live with his grandparents, Rudolph and Ida Acosta Ourso. Ever industrious, he sold watermelons and had a paper route. He also played American Legion Softball and boxed with the Plaquemine High School team. At 17 he joined the National Guard followed by U. S. Marine Corps at 18. Jackie served for 4 years, one of which he spent in the demilitarized zone during the Korean Conflict. He was honorably discharged after taking part in Operation Plumbob, the atomic bomb testing in Yucca Flats, Nevada. He returned with his family to Louisiana where he joined the Baton Rouge City Police force followed by the Louisiana State Police force from which he enjoyed his first retirement. He became Chief of Detectives of Iberville Parish Sheriff's office under his uncle, Sheriff Jessel M. Ourso, Sr. It is both ironic and appropriate that Jackie passed away on 9/11 because his final retirement came as Iberville Parish's Emergency Preparedness E-911 Director. The federal government mandated this office be established in every local government across the United States after the terrorist attacks on America on 11 September 2001. Using his military and law enforcement training Jackie developed Iberville Parish's Office. It quickly became a National and International award-winning program under his direction. He also created Emerge, the rapid notification ring-down system which simultaneously sends emergency information to multiple agencies from one point of entry; thereby saving precious time and many lives over the years. The system has been replicated and in some form is used across the USA. A born leader and public servant, he completed all the Federal Emergency Management Agency (FEMA) courses in Fredericksburg, MD and then became a part of the agency's "Train the Trainer" program whereby he taught the courses to others. He/his office received many awards from the Louisiana Emergency Preparedness Association (LEPA); FEMA; National Chemical Distributors, among others. Major General Bennett C. Landreneau of the Louisiana National Guard summed it up in his statement on the framed document and Louisiana Distinguished Civilian Service Medal. "Mr. Jackson has been at the forefront in bringing new technologies and coordinating efforts between local, state, and private industry to ensure the safety of the citizens of Iberville Parish. His outstanding service has been recognized nationally and internationally. His dedication has been second to none and he is a true asset to Iberville Parish and the State of Louisiana". In retirement Jackie loved nothing more than being with his children, grandchildren and great-grands; attending sports events and even dance revues. He also loved being with and entertaining friends and family. He will be sorely missed by all of us. Affiliations: Lifetime member of the American Legion Post 167, Plaquemine; Marine Corps League, Baton Rouge Chapter; LEPA and past President. Member, Natchez Trace Hunting Club. Visitation will be held on Saturday, September 18, at Wilbert Funeral Home in Plaquemine, 9 a.m. until time of religious service at 12 p.m., conducted by Rev. Mark Thomas. Entombment will follow in Grace Memorial Park Mausoleum. Pallbearers will be Cooper and Cullen Clebert, Harris Cunningham, A.C. Ferachi, Kirt Jackson, Cleben Trahan, John Ross and Mark Veal. Honorary Pallbearers will be Edward R. Erwin, Ronnie Hebert, King Hebert, Albert Kirby, Ernest Songy and John W. Wilbert, Jr. Thanks to Drs. Brian Hathorn, Brandon Weeks, Jeanette Kovtun and to Comfort Care Hospice staff for their expert and compassionate care. We are grateful for our family and friends for their support and prayers during this year of health issues. Memorial donations may be made to the Iberville Museum, PO Box 701, Plaquemine, LA 70764, ibervillemuseum.org or Howell House, PO Box 970, Denham Springs, LA 70767. Please share memories online at www.wilbertservices.com.