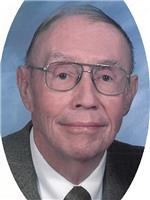 Smith, Steve B. (Stephen Barrett) Born March 29, 1928, Alexandria, Louisiana. Died May 11, 2017, Baton Rouge, Louisiana at age eighty-nine. A resident of Baton Rouge for seventy years. Steve grew up in the small town of Lecompte, Louisiana in Rapides Parish. He was a graduate of Lecompte High School and Alexandria Business College. At age eighteen he joined the United States Army and served in the Army of Occupation in Korea and Japan, attaining the rank of Tech 4 and Personnel Administration Tech 816. After his honorable discharge he moved to Baton Rouge and entered L.S.U. During this time he met his future wife, Minnie Swayze. They were married January 21, 1951 and shared sixty-six years of marriage. They were blessed with the birth of three sons: Stephen Allen Walker Smith, J. Walker Smith, and Robert Bruce Smith. During their married life Steve and Minnie owned and operated several businesses. Through his work with the finance business, Steve served two terms as president of the Baton Rouge Lenders' Exchange. Steve was an avid deer hunter and his favorite hunting companion was his wife. They shared many happy years hunting and being together. On their fiftieth wedding anniversary in 2001, Steve and Minnie moved their church membership from Ingleside Methodist Church to First United Methodist Church and have remained active members since that date. Survivors include his wife Minnie Swayze Smith, three sons, Stephen Allen Walker Smith and his wife Johanna Lee Davis Smith, J. Walker Smith, and Robert Bruce Smith, four granddaughters, Meghan Courtney Smith Wassan and her husband Lucas Wassan, Johanna Barrett Smith Cutlip and her husband Matthew Cutlip, Elizabeth Anne Smith, Laura Kathryn Smith, and a very special great granddaughter Scarlett Belle Wassan. Preceded in death by his mother, Dora B. Smith, grandfather J. Walker Smith, grandmother Dora Wallace Smith, grandson Christopher Swayze Smith, father-in-law Allen Davis Swayze, mother-in-law Elnor Ussery Swayze, and many other much loved family members. Honorary pallbearers: Dr. Wallace H. Smith, Dr. George J. Walker Smith, Robert Hawkins, James Hamilton Smith, William Cobb, Johnny Edmonston, Jimmy Middleton and Nolan Boudreaux. Visitation at 2:00 p.m. Saturday, May 13 in the Ory Parish Hall at First United Methodist Church, 930 North Boulevard, Baton Rouge, with services to follow in the church sanctuary at 3:00 p.m. Additional visitation in Ory Parish Hall following service. Memorials may be made to First United Methodist Church; please reference Epworth Society.
Published by The Advocate from May 11 to May 12, 2017.
To plant trees in memory, please visit our Sympathy Store.
MEMORIAL EVENTS
To offer your sympathy during this difficult time, you can now have memorial trees planted in a National Forest in memory of your loved one.
MAKE A DONATION
MEMORIES & CONDOLENCES
3 Entries
Thanks, Steve and Minnie, for the happy memories of the two of you and for so many years of dedication to the Descendants of the Jersey Settlers. We hold you in our prayers as you honor the passing of a good man.
Patricia Swayze Larsen
May 13, 2017
Minnie, our thoughts are with you and your family.
We love you.
Sudie and Roland
Roland & Sudie Beard
May 12, 2017
I am so sorry to hear this. He was such a special friend and I enjoyed seeing him walk into my office. A sincere sweet sole. My prayers are with the family.
Linda Henry
May 12, 2017
Showing 1 - 3 of 3 results