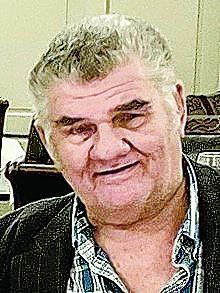 ABOUT
Baton Rouge High School
Thomas R. Holley, 75, a Baton Rouge native, passed away on August 28, 2021 surrounded by his family. He was a proud graduate of Baton Rouge High School, attended LSU and later owned Gonzales Vendors and Fences Built. He is survived in death by his wife Judy Holley; son Thomas M. Holley and wife Kim; daughters Lauren Emily Holley of Atlanta and partner Nancie Vito; Sara Holley Williams and husband Ryan; grandchildren Cole Holley and Trace, Cade, Caleb and Riley Williams; sisters Dee Holley, Dineen Goree, Tara Templet, Diana Huddleston and Denise Burns; his uncle Henry B. Martin and assorted nieces, nephews and cousins. He was preceded in death by his parents and sister Tommie Jo Holley. He loved old cars, old songs, Broadway musicals, helping people in need, cooking, Elvis and Thanksgiving. He never met a stranger and owned one of everything. He didn't always know where it was, but he owned it! He was his happiest when helping young people. Together they worked on cars, built a garage, cooked jambalaya to raise money for the Sherwood Middle Band to attend music festivals across the South. He was tireless and had his own views on everything. A Celebration of Life in his honor will be held at a later date.

Published by The Advocate from Sep. 7 to Sep. 8, 2021.
To plant trees in memory, please visit the Sympathy Store.
MEMORIAL EVENTS
To offer your sympathy during this difficult time, you can now have memorial trees planted in a National Forest in memory of your loved one.
MAKE A DONATION
MEMORIES & CONDOLENCES
3 Entries
I was so saddened to hear of Thom's passing. I first met Thom when we were 5-years-old and everyone still called him "Petey." We were "Dufrocq Ducks" together and were friends all through our school years. Our families attended Emmanuel Baptist Church together for many years, as well. As adults we periodically lost touch with each other's comings and goings but reconnected in recent years and enjoyed visits with him when I was visiting my sister, Be early, in Baton Rouge. I will miss hearing his opinions about various subjects, especially politics!! He could fix anything and always seemed to have the right tools with him at the right time. Beverly and I will miss him so much. Judy, our thoughts and prayers are with you and your family.
Shirley Lively Nowlin
September 19, 2021
I would like to offer my condolences to mr. Thom´s family. I own a rental property right next door on elwick, and Mr. Thom was always watching over the house for me and letting me know if any of my tenants were stepping out of line. I live out of state, and he was my savior numerous times; taking care of some of the small things so I didn´t have to drive in from Texas helped tremendously. I am very appreciative for his watchful eye and always helping out in a time of need. He was a good friend and will be genuinely missed.
Jim McAnelly
Friend
September 9, 2021
To Thom´s Family, I am truly saddened at news of Thom´s passing. Although I haven´t seen him in many years, I certainly remember his giving nature and very helpful ways. He was always there for whatever was needed for the Sherwood band, even years after your kids were no longer at the school. He was the right hand for Ronnie in a thousand ways. What a wonderful friend he was! Please accept my sincere condolences.
Sheryl Sherlock
Friend
September 8, 2021
Showing 1 - 3 of 3 results