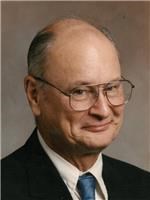 Thomas Lilley Mills, IV, 83, a resident of Zachary, LA, died peacefully at the Crossing at Clarity Hospice on Monday, July 25th, 2016 after a very long life. He was surrounded by his wife and three of his siblings. He was born on January 8th, 1933 in Delombre, LA. He is survived by his wife of 52 years, Patsy Gardener Mills; two sons, Thomas Liley Mills, V, of Zachary and John Gardner Mills of Seattle, Wa., a brother, Clyde Horn Mills (Jackson) and five sisters, Edith Carpenter (Magnolia, MS) Rotha Cook (Jackson), Julie Abraham (Zachary), Jeannette Parnell (Gonzales), and Lulie Mills (Zachary). He was preceded in death by his parents, Thomas Lilley Mills, III, and Rotha Hyner Mills (Jackson, LA) and a brother Lyne Hyner Mills (Jackson). Mr. Tom Mills was a TV repairman and technician from the 1950's thru the 2000's. He was a former deacon of Plains Presbyterian Church of Zachary, and a volunteer fireman in the 1970's. He was a member of First Baptist Church of Baton Rouge and loved working with the homeless ministry there. He loved to serve others and was deeply loved by many friends at church, friends Zachary and his family. Tom will be greatly missed by all who knew him. A memorial service will be held at First Baptist Church, Baton Rouge, on Wednesday, August 3rd 2016 at 2:00 p.m. 529 Convention St. Baton Rouge, LA 70802. Visitation will begin at 1:00 p.m. Special thanks to his wife's nephew Ronnie Paul Hoffman and his wife Jett Hoffman (Greensburg, MS), Cameron Henderson, the Moody Family and many friends of the Bank of Zachary. Donations may be made to : First Baptist Church of Baton Rouge, Zachary Fire Department, Young Family Cemetery 1370 Plains Port Hudson Road, and the Crossing at Clarity Hospice of Baton Rouge.
Published by The Advocate from Jul. 29 to Aug. 3, 2016.
To plant trees in memory, please visit our Sympathy Store.
MEMORIAL EVENTS
To offer your sympathy during this difficult time, you can now have memorial trees planted in a National Forest in memory of your loved one.
MAKE A DONATION
MEMORIES & CONDOLENCES
4 Entries
So sorry to hear of Tom's death. Tom and Edith were school mates of mine in the fourth grade at Slaughter Elementary School. May God comfort you all in this sad time. Friends forever!
Lou Alice Williams
August 3, 2016
So sorry. Prayers going out to the family. Very sad to hear of his passing.
Karen
August 2, 2016
My condolences to the Mr. Mills family. My prayers are with you all. I remember Mr. Mills as a little girl. He had such a sweet, king and gentle soul. Always smiling. My dad and mom would see him in Walmart on occasion and he would always stop and talk and remember the good ole days. I use to run into him there as well and he was always smiling and would stop to chat for a few minutes. Prayers to you all.
Tammy Dours
August 1, 2016
Offering my most sincere condolences, and keeping the family in my prayers, I remember him as a wonderful man that I feel blessed to have known
Alton Tate jr
July 30, 2016
Showing 1 - 4 of 4 results