Thomas Foster Odom, Sr., of Baton Rouge, LA; born September 21, 1945; a retired surveyor with Pyburn and Odom Engineering, died peacefully after a brief illness on September 6, 2016 in Baton Rouge. He is survived by his loving wife of 47 years, Sue Odom; children: Jennifer Louise Odom, Thomas Foster Odom, Jr., and Daniel Andrew Odom. He is predeceased by his father, Harold Lester Odom, a decorated WWII veteran who survived major battles in the Pacific only to lose his life when Tom was an infant in an accident upon his arrival home from the war; his mother Nedra Odom Parry; his beloved grandparents who raised him while his mother worked in Baton Rouge, Elijah Sparks Foster and Elizabeth Pyburn Foster; and a brother Dr. Samuel Walton Parry.He is also survived and predeceased by numerous aunts, uncles and cousins who enriched his life growing up in Jonesboro, LA as well as an adult in the Baton Rouge area. He served in the US Navy on the USS Horn from 1966-1969 and attended Louisiana State University and Louisiana Tech. He was an honest soul who knew the joys of simplicity. He loved landscaping, working with his hands, crossword puzzles, the English language and making people laugh. He was our best friend and will be greatly missed. A memorial service will be held 11:00 am on Saturday, Sept. 10 at Broadmoor Methodist Church at 10230 Mollylea Dr., Baton Rouge, LA 70815. In lieu of flowers donations may be made to benefit flood victims to: Healing Place Church, 19202 Highland Road, Baton Rouge, LA 70809.
Published by The Advocate from Sep. 8 to Sep. 10, 2016.
To plant trees in memory, please visit the Sympathy Store.
MEMORIAL EVENTS
To offer your sympathy during this difficult time, you can now have memorial trees planted in a National Forest in memory of your loved one.
MAKE A DONATION
MEMORIES & CONDOLENCES
9 Entries
So sorry to hear of Mr. Tom's passing. His family is in my prayers.
Melody Lipoma Francis
September 12, 2016
For Sue,Tom,Jennifer and Daniel,prayers for your family and sorrow for your loss.Working together for many years,I learned many things from him about so much more than just our profession.It has been a privilege to count Tom as my friend.Love to your family.
Ralph Goodson
September 10, 2016 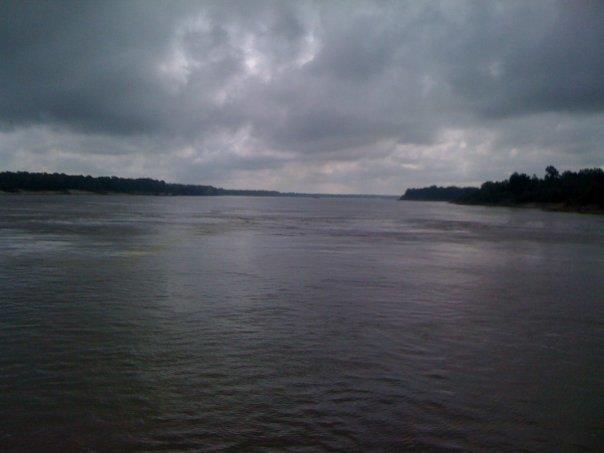 Tom you will always be remembered.

I enjoyed our long drives together working on the Arkankansas river together with JT. I worked the south and you helped with your own knowledge of watercraft. We stayed up and talked eatinting sausage and me trying to learn our work with the dredge.
Nick Pike
September 9, 2016
I am so sorry to hear about the loss of cousin Tom. I will always remember how he made me laugh and his kindness to all. My heart and thoughts go out to Sue, Jennifer, Tom Jr. and Daniel during this difficult time.
David Odom
September 9, 2016
Tom was like our 4th brother. His dad, our Uncle Harold, was a year older than our dad, and they were best friends as well as brothers. Dad treated Tom like a son when he moved to BR. Tom would do anything for you. A couple of times I had car trouble and he would show up and help me. When I was in the Marine Corps Reserves, my helicopter squadron was in Belle Chasse, at Callander Field. Several times he loaned me his vintage 1950s Ford pickup to drive down for drill. He was a peach of a guy, a friend to all, and he will be sorely missed.
Richmond Odom
September 9, 2016
Uncle Tom, I will forever cherish the memories I have of you, and look forward to the day when we meet again.

Please say hello for me to our family with you in heaven. RIP.
Ben Odom Jr.
September 9, 2016
Sue,
It was nice visiting with you and Tom at the ship's reunion last April as I had not seen him since our years on the Horne. We lost a friend and a shipmate but his memory will remain. I am having Tom listed in the Memoriam section of the Horne website.
God bless you and your family.

Larry Goolsby
Larry Goolsby
September 9, 2016
Aunt Sue, Jennifer, Tom and Daniel - I'm so sorry for your loss. I remember spending nights at your house with Jennifer and we'd get loud and Uncle Tom would just say something funny rather than lose his temper. He and I were on the same flight back to Houston after Grandma Odom's funeral and he was so sweet to me, talking about his memories of Grandma and Grandpa. I will always remember him with a smile. Our prayers are with you. Love you.
Michelle Oates
September 9, 2016
Hearing about your loss has deeply sadden me. I hope the words recorded at Jeremiah 29:1,12 comforts your heart.
September 9, 2016
Showing 1 - 9 of 9 results