BORN
1974
DIED
2021
ABOUT
Zachary High School
FUNERAL HOME
Baker Funeral Home
6401 Groom Road
Baker, LA
Timothy "Tim" Charles Spell II, 46 years old, beloved son, brother, uncle, nephew, and friend, was called to be with his Lord and Savior, Jesus Christ, on October 6, 2021. He entered this world on November 9, 1974, born to Jeannie and Timothy Spell, Sr., in Baton Rouge, LA. He was a member of Life Tabernacle Church in Baton Rouge, LA. He honorably served his country in the United States Army, with his basic training in Fort Leonardwood, MO and Fort Drum, NY. He was stationed on the DMZ in South Korea, serving as an Army Ranger. He was in the top 3 of his regiment as a Sharpshooter. He was a 1993 honors graduate of Zachary High School and attended Louisiana College in Pineville, LA. From a young age his love of music took off, singing all over the country with his father and brothers. He was a member of The McGruders, playing percussion, and The Manuel Family Band, as bass player. He continued later in life playing bass and percussion as the backbone of the Life Tabernacle Church Band. Tim is survived by his loving parents, Timothy and Jeannie Spell; brothers, Johnny Spell and wife, Brianne and Tony Spell and wife, Shaye; maternal grandmother, Ruth Colbey; paternal grandfather, Bishop BA Spell; loving nieces and nephews, Chaney Copeland and husband, Jordan, Noah Spell, Judah Spell, Madelyn Spell, Mia Spell, Tucker, Drake, and Stran Johnston; great nephews, Atlas Copeland and Cyrus Copeland; many cousins, uncles, aunts and friends; also, previous spouses, Marcie Young and Ann Siribandan. Tim is preceded in death by his maternal grandfather, Earl N. Colbey; paternal grandmother, Dorothy E. Spell; Uncle, Eddy Colbey; cousin, Matt Spell; and close friend and mentor, Brent Cole. Relatives and friends are invited to join the family for the visitation at Life Tabernacle Church, 9323 Hooper, on Monday, October 11, 2021, from 4:00 pm until the Funeral Service at 7:00 pm conducted by Pastor Tony Spell. The graveside service and burial will follow on Tuesday, October 12, 2021, at 10:00 am at Louisiana National Cemetery, in Zachary, Louisiana. Family and friends may sign the online guestbook or leave a personal note for the family at www.bakerfuneralhomeonline.com. 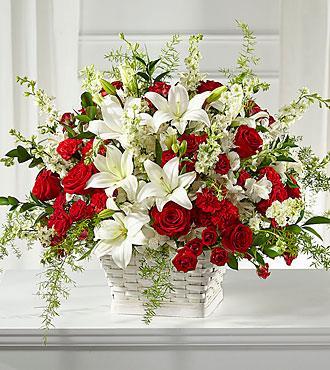 MARK S. CREECH
October 11, 2021
Praying for the Spells family.Asking in Jesus Name to comfort each of you.
Daisy Patterson Norman
October 10, 2021
Brother Spell I am so sorry for your loss. I don´t know if you remember me. We went fishing in Poplar Bluff Mo. at a big private lake. Want you to know I am thinking of you and so sorry.
Arvel Billington
October 10, 2021
Jeannie I´m so very sorry for the loss of your son! Unfortunately I know how you feel! I lost my son 23 yrs ago. Please know that you are in my constant thoughts and prayers! I miss seeing you since I left the GBRAR OFFICE. But I often think about the Realtors I knew & you were definitely one of them!
Christine Jarreau
Family
October 10, 2021
Showing 1 - 4 of 4 results