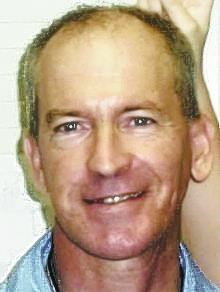 BORN
1964
DIED
2021
FUNERAL HOME
Prien/Highland Memorial Park
6325 Common Street
Lake Charles, LA
Tyrone Scott Sarvaunt lost his life November 4, 2021, due to a tragic accident. Ty was 57 years old, born in Lake Charles, LA on September 13, 1964. His Charismatic and goofball sense of humor made him easily liked. Tyrone enjoyed woodwork, fishing, biking and Rascal Flatts music "And that's a true story". Ty also believed Jesus Christ was his lord and savior. The void that remains where his love and presence resided can only, scarcely be filled with the loving memories of this beautiful soul we were blessed in having been a part of. Tyrone leaves behind his mother, Shirley Ellender, sister Rhonda Hunsucker and brother Clint Sarvaunt. He is also survived by his step-brother Marc Ellender, half sister Angi Ezell. He leaves behind his girlfriend Leslie Sheets, aunts, uncles, neices, nephews, cousins. He is preceded in death by his father Amos (Buddy) Sarvaunt, brother Victor Sarvaunt, half sister Sherry Trammel, Step-father Paul Ellender, Maternal grandparents Annie and Herman Vawter and paternal grandparents Joseph Sarvaunt and Nolia Leblanc. Tyrone will be cremated with no service and will rest at Prien Memorial Park in Lake Charles.

Published by The Advocate from Nov. 24 to Nov. 28, 2021.
To plant trees in memory, please visit the Sympathy Store.
MEMORIAL EVENTS
To offer your sympathy during this difficult time, you can now have memorial trees planted in a National Forest in memory of your loved one.
Funeral services provided by:
Prien/Highland Memorial Park
MAKE A DONATION
MEMORIES & CONDOLENCES
0 Entries
Be the first to post a memory or condolences.