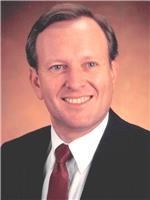 FUNERAL HOME
Resthaven Gardens of Memory & Funeral Home
11817 Jefferson Highway
Baton Rouge, LA
Walter Gregory (Greg) Arnette Jr. died in the early hours of May 16, 2018, after a lengthy illness, surrounded by his family. He is survived by his wife, Darlene Russell Arnette; his children, Walter Gregory (Corky) Arnette III and wife Rebecca McLaughlin Arnette, of Houma, La., Leigh Elizabeth Arnette, Baton Rouge, Joseph Gregory (Joe) Arnette and friend Kelley Marlowe, Baton Rouge, Daniel Wade (Dan) Arnette and wife Brandi Arnette, Bossier City, La.; sister, Judith Arnette George and husband Jim, Baton Rouge, Celia Joe Black, ex-wife, Jennings, La.; his grandchildren, Mason Dominic Arnette, Samantha Pierce Arnette, Natalie Anne Arnette, Castille Golden Robinson, Cru Wade Arnette, Harley Marie Arnette, Emma Riley Arnette; stepchildren, Stephen Reed and wife Maria Reed, Brandon Reed, Matthew Reed, and Kristie Reed and husband Kevin Pigg. He was preceded in death by his parents Lucille Marie Arnette and Walter Gregory Arnette Sr. Greg was universally acknowledged to be one of the last real Renaissance men of our time and a truly classic raconteur of good times, laughs, the best Boudreaux and Thibodeaux joke teller anywhere (his Clothile and the Blue Crabs story was one of the best and funniest jokes ever told!), a grill chef par excellence whose BBQ chicken was unmatched, as was his gumbo, his devotion to his family was absolute, with the Annual Christmas at Pop's the entire family looked forward to every year. He loved his bridge games and all the close friendships he made at the Baton Rouge Bridge Center. He was an Eagle Scout, the highest level of achievement in the Boy Scouts, and was always very proud of his service to his Country in the United States Army where he achieved the rank of Captain. Subsequent to his military service, he entered the Paul M. Hebert Law Center where he earned a Juris Doctor degree and entered private practice in his hometown of Jennings and was later elected to the office of District Attorney, in which office he served for one term of six years. After years in the private practice of law, he decided on a change of career and entered Texas Wesleyan University, which awarded him a Master's Degree in Health Science with a Concentration in Anesthesia. He was granted certification as a CRNA, Certified Registered Nurse Anesthetist, and served for a time as an Adjunct Professor of Anesthesia at L.S.U. Shreveport. In 2001, Gov. Mike Foster appointed him to Chair a Legislative Committee on the Law relating to Anesthesia. Greg also served as a Delegate to the 1973 Constitutional Convention, was a dedicated life loyal member of Sigma Chi and also served as the President of the Lions Club of Jennings. Pallbearers will be: Joe Arnette, Dan Arnette, Walter Arnette, Mason Arnette, Matt Reed, Pat Reed, Sean Hintz and Doug Barberousse. Honorary Pallbearers will be: Brock George and Jim George. Visitation will be held at Resthaven Funeral Home, Baton Rouge, LA, on Saturday, May 19, 2018, from 11:00 am until funeral service at 1:00 pm. Burial will immediately follow in Resthaven Gardens of Memory. Memorial donations may be made to St. Jude Children's Research Hospital. Family and friends may sign the online guestbook or leave a personal message to the family at www.resthavenbatonrouge.com.
Published by The Advocate from May 17 to May 19, 2018.
To plant trees in memory, please visit the Sympathy Store.
MEMORIAL EVENTS
May
19
Visitation
11:00a.m. - 1:00p.m.
Resthaven Gardens of Memory & Funeral Home
11817 Jefferson Highway, Baton Rouge, LA
May
19
Funeral service
1:00p.m.
LA
May
19
Burial
Resthaven Gardens of Memory
LA
Funeral services provided by:
Resthaven Gardens of Memory & Funeral Home
MAKE A DONATION
Please consider a donation as requested by the family.
MEMORIES & CONDOLENCES
9 Entries
Sorry that my wandering didn't allow me to become closer. I thoroughly enjoyed the brief encounters I had with Greg. We'll definitely miss you. Our condolences to Judi and all of the Arnette clan.
Pete Geprge
May 19, 2018
So sorry to hear about coach. I was in anesthesia school with Greg Could not hav made it thru Chemistry without Greg , so we named him coach. Lord bless his family wrap his family up let them know Jesus is there for them . Amen Jeff hutson crna graham Texas
Jeff Hutson
May 19, 2018
Darlene, Matt and family sorry for your loss! Keeping the family in my prayers.
Demetra Turner
May 19, 2018
My sincere condolences to Darlene, Matt and loved ones. Always enjoyed being around Greg. Thinking of you guys.
Matt Phillips
May 18, 2018
Leigh, Tilley, and family, I'm so sorry for your loss. I'm praying for all of you. May you be comforted by your memories and the love of your dad that will remain in your hearts always. God Bless all of you.
Dana Berggreen Ohmstede
May 18, 2018
Please know that others share your grief and pray that the God of all comfort sustain each of you during your time of mourning.
May 18, 2018
May God grant you peace beyond all understanding as you mourn the loss of your love one.
May 18, 2018
My dear, sweet Darlene,

Derald and I are just devastated to learn of Greg's passing. We are in Arkansas and can't leave here until Saturday afternoon, but you know we will be thinking of you and family. Please call me when you feel up to it.