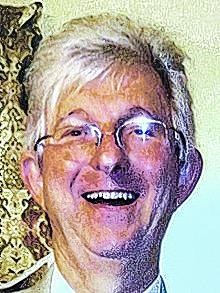 FUNERAL HOME
James A. McAlister Funerals & Cremation
1620 Savannah Highway
Charleston, SC
Walter Anthony King went home to his Savior on October 1 at the age of 76. His Mass of Christian Burial will be celebrated 11:00 AM Monday, October 11, 2021 at Blessed Sacrament Catholic Church, 5 St. Teresa Drive, Charleston. The family will receive friends between 3:00 and 5:00 PM Sunday at the James A. McAlister Funeral Home, 1620 Savannah Highway, Charleston. Walter was born on September 29, 1945, in New York, New York, and was a longtime resident of Baton Rouge, Louisiana. He grew up in Greenville, Mississippi, and Lake Village, Arkansas. At the age of 17, he began selling books door to door during his summers for Southwestern Company of Nashville, Tennessee. He continued to work for them in a managerial position after he graduated from Louisiana State University. He recruited and mentored so many young men and developed lifelong friendships that meant so much to him throughout his life. In Baton Rouge, he operated his own medical insurance business, Employee Benefits, for several years. Walter had an undeniable passion for the game of baseball; he played from the age of 5 through his college years. He enjoyed playing, coaching, and watching youth and adult sports. He was a diehard fan of the LSU Tigers and New York Yankees. He was an excellent bridge player and anticipated every hand he was dealt. He also continued his education later in life and earned a masters degree from Southern University and took graduate classes at LSU in computer technology. He leaves behind his wife of 39 years, Jan Cheramie King, his daughter Katie Anne King, and his grandson, Dominic Anthony King. He is also survived by his sisters Mary Kathleen King Knoll and Frankie J. King, numerous nieces and nephews, great nieces and nephews and godchildren. He is preceded in death by his parents Walter Elmo King, Jr. and Virginia Elizabeth Genovese King. Arrangements by James A. McAlister, (843) 766-1365.

Published by The Advocate from Oct. 7 to Oct. 11, 2021.
To plant trees in memory, please visit the Sympathy Store.
MEMORIAL EVENTS
Oct
10
Visitation
3:00p.m. - 5:00p.m.
James A. McAlister Funerals & Cremation
1620 Savannah Highway, Charleston, SC
Oct
11
Mass of Christian Burial
11:00a.m.
Blessed Sacrament Catholic Church
5 St. Teresa Drive, Charleston, SC
Funeral services provided by:
James A. McAlister Funerals & Cremation
MAKE A DONATION
MEMORIES & CONDOLENCES
14 Entries
I have know Walt, (Butch, to me) for over 50 years. He was one of the most intelligent people I have ever known. I liked talking sports with him, especially baseball, a subject dear to both of us, and one that we actually know a lot about. I liked talking politics with him. His world view was refreshing, serious but humorous at the same time. I liked talking wine with him, liked the way he pronounced "Merlot", (no silent T). I liked drinking fine Scotch with him. I liked talking business with him. His insights to running a company helped me in my own job. I liked his corny jokes and they way he laughed and smiled as he told them. I liked his way with his pets. I liked his stories of by-gone days. I liked his choice of New Orleans restaurants. I liked his hospitality, which was on display for my wife, Mary Beth & I each and every time we visited his home in Pollard Estates. In short, I liked spending time with Butch and wish I could have more time with him. I really wish that we could have played bridge together. I love Jan, his wife, and their daughter Katie, (who I consider one of my own). I love Katie's son Dominic, Walt's grandson, (who happens to be Mary Beth and my Godson), such a cute and sweet little guy. I could write pages and pages about our family ties, but this is about Walt. So long, my old friend, until we meet again. Kelly
Kelly Kling
October 11, 2021
Walt my dear friend, thanks to God for your life,Stephanie & al will always cherish your memories.
Raymond Francis
October 9, 2021
Walt was an awsome Mentor as my Sales manager in the Book business. He was a great friend and vey much respected by all Southwestern Company sales teams.
Thomas Blackstone
Friend
October 8, 2021
Walt King was a good and kind man. He had a great sense of humor and an infectious laugh. I know that my dear friend, Frankie, and the entire family will miss him terribly. Our prayers are with them.
Linda Nugent
October 7, 2021
I first met Walt in 1976 when I went to work with his sister, Frankie at CRT in Baton Rouge, LA. Walt was a very lovable guy, a friend you could share with and he’d give you wise advice. Walt was a gentle giant, a true Southern gentleman. When you were in his presence, he treated you like a Queen, always concerned about you and if you were okay. It was a privilege to know him and have him as a friend. Jan, Katy, Dominique, Frankie, Kathy and Taylor, you have my deepest sympathy. May God comfort all of you during this difficult journey as you begin yours without him. Walt, fly high sweet friend as your spend your eternal life with sweet Jesus!

Beverly Williams DuPont
October 6, 2021
My heart goes out to you and your family. My prayers are with you. Stay strong old friend
Maria Fisher
October 6, 2021
Jan, Katie and Dominic, I will be praying as you celebrate Walt’s time on this side of eternity, and more importantly his life in eternity! I remember him as an eternal optimist and a leader of college students who were taught to persevere. Jesus has no doubt issued his invitation to Walt as a good and faithful servant to join Him in Heaven. Thanks to each of you for sharing your husband, father and grandfather with me and many others. May God be glorified by the life deeds of Walter A. King!
Rick Blackstone
Friend
October 5, 2021
So many memories, so much love. Walt will be so missed. His love for Jan, Katy and Dominic will get them through these difficult times. He is now their guardian angel protecting them❤
Rachel Ehricht
Friend
October 5, 2021
Such fond memories of Walt coaching our girls in basketball and tailgating at LSU football games! May he rest in peace. Sending our love to Jan, Katie and Dominic. God bless you.
Christy and Bobby Knowles
Friend
October 5, 2021
Jan, we new each other in school and I was blessed to have you mentor me and call you friend. I met your wonderful husband at a restaurant in Baton Rouge on a chance meet. What a warm and friendly guy he was! He really made an impression on me. Condolences to all his family and friends.
Jackie Macdonald
Friend
October 5, 2021
We have been best friends forever, dear brother. I know you are in God the Father, God the Son ( Jesus ),and God the Holy Spirit´s hands. I have loved you for 73 years and will love you forever. You will always be the best brother any sister can have. You will remain in my heart forever. I will see you again. I ask in the name of Jesus Christ that you have taken straight to heaven. I love you, Kathy, your sister
Kathy King Knoll (Sister of Walter A King)
Family
October 5, 2021
Our hearts are deeply saddened by the death of our Bubby. Everyday of the rest of our lives, we will share a memory of him. He has been with me for 73 years. I will continue speaking with him daily. My heart is broken.
Kathy (Sister of Walter A King) and Edward Knoll ( brother-in-law of Walte
Family
October 5, 2021
My wonderful big brother - I loved and honored you in life and will do so through eternity. I had the best big brother anyone could ever have. God truly blessed us and I am grateful. Rest In Peace in God´s heavenly home. We shall be together again. I love you - your little sister
Frankie J King
Family
October 5, 2021
Jan King and the King Family. Sorry for your loss. May the love of friends and family carry you through your grief.
Lisa Woods
Coworker
October 5, 2021
Showing 1 - 14 of 14 results