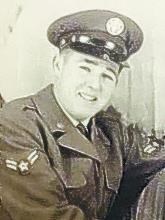 BORN
1941
DIED
2022
FUNERAL HOME
Wilbert Funeral Home - Plaquemine
24120 Railroad Avenue
Plaquemine, LA
Beloved husband, dad, paw paw, brother and son, Walter "Harold" Son left this world to be with his Lord and Savior on January 7, 2022 at his home surrounded by his family. He was born on July 13, 1941, in St. Elmo, Ill. He and his family moved to Baton Rouge in 1955 before making Plaquemine their home in 1961. Harold was a graduate of Istrouma High School in Baton Rouge in 1960 and shortly after enlisted with the United States Air Force. He was stationed at Barksdale Air Force Base in Shreveport, LA and served 4 years as Airman First Class (A1C) mainly overseas in Africa and Saudi Arabia. After leaving the military, Harold began his career with Dow Chemical where he worked for 35 years, retiring in 1999. While working with Dow he was one of the original members of the Dow Bass Club and the Red Diamond Hunting Club. He was an avid outdoorsman and loved his hunting and fishing where he made many memories with his children and grandchildren. After his retirement, he pursued his hobbies and was well known for his hand crafted fishing rods and his beautiful wood turnery. Harold was a Christian and loved his Lord and Savior. He was a member of the First Baptist Church of Plaquemine. He leaves behind his devoted wife, Georgia, of 42 years who cared for him throughout his illness; his 3 children and their spouses, Rene and husband Ryan Courtade, Harold "Bubba" and wife Denise Son, George "G.W." and wife Annagelle Son. He had 7 beautiful grandchildren that he dearly loved, Jeremy, Chase (Leah), Garrett, Lessie, Austin, Chandler and Annalyse "Tator". He was blessed with 7 great-grandchildren, Sophia, Kaden, Lillian, Rayden Kadence, Zoe, and Ellie. Also survived by his 3 sisters, Wanda McKnight, Sandra (Richard) Reina, Mary Amidon, and his only brother, Randy (Tracy) Son; sister-in-law, Sandra Stinson and brother-in-law, Johnny Bullock, along with numerous nieces and nephews. He was preceded in death by his first wife, Maxine; daughter, Debra Kay; his parents, Herman and Canovas Son; and sister, Linda Kay Gould. A private memorial will be held at a later date. The family wishes to thank Bridgeway Hospice for their care of Harold in his last days at home. Please share memories online at www.wilbertservices.com. 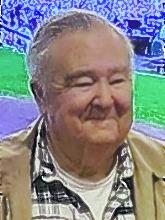 Published by The Advocate from Jan. 8 to Jan. 10, 2022.
To plant trees in memory, please visit the Sympathy Store.
MEMORIAL EVENTS
To offer your sympathy during this difficult time, you can now have memorial trees planted in a National Forest in memory of your loved one.
Funeral services provided by:
Wilbert Funeral Home - Plaquemine
MAKE A DONATION
MEMORIES & CONDOLENCES
3 Entries
Georgia and G.W., so sorry to hear of your loss. Prayers for him and the family.
Joyce V Maggio
Friend
January 10, 2022
My sympathy and prayers. Haro;d was a classmate at Istrouma, a fellow church member in BR. Iwas his pastor in Plaq, He was a friend.
George D Berger
January 9, 2022
The entire staff at Wilbert Funeral Service expresses our sincere condolences. May your heart soon be filled with wonderful memories of joyful times spent together as you celebrate a life well lived!
The Staff of Wilbert Funeral Home
January 8, 2022
Showing 1 - 3 of 3 results