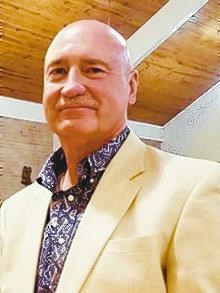 BORN
1954
DIED
2021
On August 27, 2021, William Stanley Cook's soul departed a body that had begun to fail him and hinder his beautiful spirit. Bill passed away in Baton Rouge Louisiana after a brief hospitalization. He was well known for his abundant love, kindness, and compassion for others, as well as, his kind and jovial spirit. Bill was born on August 2, 1954, in Jennings Louisiana to William Sidney Cook and Ellen Pross Cook until he moved to the island of Oahu Hawaii in 1963. After graduating from James B. Castle High School in Kaneohe Hawaii, he relocated to Lake Charles Louisiana and graduated from McNeese State University. Bill began his career in the hospitality industry as a general manager for a local steakhouse. He then began what would be his lifetime career in the field of chemical sales. He loved the comradery he shared with his coworkers and was always quick to make lasting friendships wherever his career took him. His ability to train others effectively was impeccable. He was admired and appreciated by all coworkers for his thorough skillset and thoughtful professionalism. He loved all things sports, especially basketball and biking. He frequently biked around Alligator Bayou and enjoyed taking long walks around the LSU lakes with his best furry friend Remi. Bill was also a faithful member of Most Blessed Sacrament Catholic Church. Bill was preceded in death by his parents, William Sidney Cook and Ellen Pross Cook as well as his brother, Douglas Cook. Bill is survived by his wife Renee, his daughter Megan Cook, and by his three brothers, Kevin, D'Armand, and Gregory Cook. Visitation will be held on October 15, 2021, at Most Blessed Sacrament Catholic Church in Baton Rouge from 9:30 -11:30 a.m. with a Mass of Christian celebration at 11:30 a.m. In lieu of flowers, masses can be dedicated at Most Blessed Sacrament Catholic Church in memory of William Cook.

Published by The Advocate from Oct. 9 to Oct. 15, 2021.
To plant trees in memory, please visit the Sympathy Store.
MEMORIAL EVENTS
Oct
15
Visitation
9:30a.m. - 11:30a.m.
Most Blessed Sacrament Catholic Church
Baton Rouge, LA
Oct
15
Mass of Christian Burial
11:30a.m.
Most Blessed Sacrament Catholic Church
LA
MAKE A DONATION
MEMORIES & CONDOLENCES
4 Entries
Renee, my heart goes out to you with the loss of Bill. So sad. God bless you and give you strength for the days ahead. Love to you and Megan.
Nitsa G Klaras
Family
October 12, 2021
I was one of Bills´ classmates at Castle High School. It comes as a shock to hear of his passing. He will be missed!
Mike kerr
School
October 12, 2021
I was saddened to hear of Bill´s passing. Bill and I were good friends in high school, even though he was a year ahead of me. We played varsity basketball together for a couple of years and I helped him learn to surf - he was a gamer! Bill was a genuine good guy, honest, smart, hardworking, and friendly. My condolences to his family. He will be missed.
Gary Hess
October 11, 2021
Bill, you were a bird of a different feather and I liked that about you. It was a pleasure to have known you and you will be missed. I pray your family has nothing but comforting memories and a smile when thinking of you until you meet again.
Derek Strong
Work
October 11, 2021
Showing 1 - 4 of 4 results