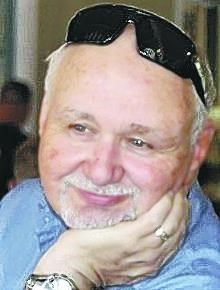 BORN
1942
DIED
2021
ABOUT
Baker High School
UPCOMING SERVICE
Memorial service
Nov, 6 2021
2:00p.m.
Temple Sinai
Send Flowers
William (Bubby) Depew III, 78, of Silverhill, Alabama joined his Lord on September 22nd, 2021 after a short but hard-fought battle with pancreatic cancer. Bill was born in Lake Charles, Louisiana. on December 29, 1942. He is preceded in death by his parents William Depew Jr. and Lorraine Fore Depew. Bill spent much of his youth in Baker, Louisiana. graduating from Baker High School. Bill attended Southeastern University and received his bachelor's degree from Park University. He joined the United States Air Force in 1961. He served multiple tours in Vietnam and was a proud veteran. Bill retired as a Chief Master Sergeant in 1981 after twenty years of service to his country. All who knew Bill know he never really retired. After his military service, he joined Lockheed Martin in San Jose, relocated to Austin, and ultimately retired with Lockheed in Denver. After his second retirement, Bill started BD Enterprises, a video production company. Bill ultimately returned to his home state of Louisiana. He moved to St. Francisville to be close to family. Never one to retire, Bill founded the Rural Broadcasting System in West Feliciana Parish. After RBS, Bill worked with the Ascension Parish in Gonzales and a small television station in Pensacola. Bill put his whole heart into every endeavor and leaves a legacy as someone who worked tirelessly and never gave up on a dream. He will also be remembered as a true friend, helping others in any way he could. Bill is preceded in death by his wife of 46 years, Betty Swearingen Depew and his brother, Wiley Marvin (Butch) Depew. Bill is survived by his second wife, Charlotte Nettles Depew and extended family in Fairhope, Alabama, his son Bill Depew IV, his daughter Veronica (Todd) Hunnicutt and his grandchildren, Kristen (Andrew) Ochoa, Kathryn Hunnicutt, Liam Depew, Nate Depew, his great-grandson James Ochoa, his siblings Charlotte McKeithen, Leslie Charles (Patricia) Depew, Patrick Depew, Denise (Bobby) Paul and his sister-in-law Kay Depew (Butch). Friends and family are invited to attend a memorial service in Bill's honor on Saturday, November 6th at 2:00 pm at Temple Sinai, 4740 Prosperity St, St Francisville, LA 70775.

Published by The Advocate from Sep. 30 to Nov. 6, 2021.
To plant trees in memory, please visit the Sympathy Store.
MEMORIAL EVENTS
Nov
6
Memorial service
2:00p.m.
Temple Sinai
4740 Prosperity St, St Francisville, LA
MAKE A DONATION
MEMORIES & CONDOLENCES
5 Entries
I am so very sorry to hear of your loss. My thoughts and prayers are with each of you and most of you Charlotte. May God you peace
Judy Taylor Craig
School
October 11, 2021
We would like to express our deepest sympathy to Charry, Veronica, Bill and families. We will sincerely miss his charm and sense of humor. We have a lot of special memories of times spent with the Depews, especially in Mt Home ID. Love, prayers, and hugs from all of the Purdue´s. May God Bless each of you.
Judy and Jim Purdie
October 9, 2021
My deepest sympathy and prayers for Bill´s family. I was a Lockheed Austin coworker and I had the utmost respect for Bill´s integrity and hard work. Although I hadn´t seen Bill in many years, I enjoyed his pearls of wisdom on social media. He was one of a kind in a good way. May his soul be at eternal rest.
Lori Kruczek
Work
October 5, 2021
I remember "Willie" from 4th grade at St. Anthony in Baton Rouge. Sorry to hear of his passing.
Hilary Vignes
School
October 1, 2021
Charlotte and Family..My Heart hurts for each of you..Bill (Willie) was a one in million kind of guy. Always with a smile..Many Great Memories of our High School Years and continued Friendship will always be legacy of Bill (Willie), sweetest guy will always be remembered..Rest in Peace My Friend....God Be with each of you through these hard times...Love n Hugs Charlotte.
Glenda McClure Page
School
October 1, 2021
Showing 1 - 5 of 5 results