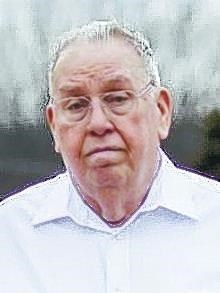 FUNERAL HOME
Greenoaks Funeral Home
9595 Florida Blvd
Baton Rouge, LA
Willie Yelverton, age 85, passed away peacefully at his residence in Broken Arrow, Oklahoma, on November 17, 2021, surrounded by his loving family. He was born December 14, 1935 to Hosea and Hazel Yelverton. Willie lived his formative years in Shreveport, Louisiana, and graduated from Byrd High School in 1956. After moving to Baton Rouge, he was employed as a police officer for the City, and later as a deputy with the East Baton Rouge Parish Sheriff's Office. Willie started his own insurance claims adjusting business, and maintained it for many years. The last few years in Baton Rouge, he performed claims adjusting for the City-Parish. As an adult, Willie converted to Catholicism. He and his wife, Melba Sweeney Yelverton, were active in their faith thereafter. After retirement, Willie and Melba moved to Tulsa, Oklahoma to be near family. Willie enjoyed watching LSU football, eating Cajun food, and most of all, engaging with other people. He never met a stranger! He is preceded in death by his parents, Hosea and Hazel Yelverton; and siblings, Jessie Austin, Douglas Devane Yelverton, Sr., and Allen Yelverton. He is survived by Melba, his loving wife of 58 years; his children; Dr. Jodi Y. Guy and her husband, Dr. Mark Guy, of Tulsa, Oklahoma, Greg Yelverton and his wife, Michelle, of Houston, Texas, and Jamie Y. Stage of Brandon, Florida, and her children, Chelsea Slater, Brandon Stage and Braxton Stage, plus numerous other relatives. In lieu of flowers in memory of Willie, his family is encouraging donations to the Alzheimer's Association Oklahoma Chapter, which may be contacted at 800-272-3900. Visitation will be at Greenoaks Funeral Home, 9595 Florida Blvd., Baton Rouge, LA, on Friday, November 26, 2021, from 12pm until the time of funeral services at 2pm. Burial will immediately follow at Greenoaks Memorial Park.

Published by The Advocate from Nov. 23 to Nov. 26, 2021.
To plant trees in memory, please visit the Sympathy Store.
MEMORIAL EVENTS
Nov
20
Service
10:00a.m.
Holy Family Cathedral
OK
Funeral services provided by:
Greenoaks Funeral Home
MAKE A DONATION
Please consider a donation as requested by the family.
MEMORIES & CONDOLENCES
4 Entries
Melba, Greg, Jodi, and Jamie Beth and I were saddened to learn of the death of Willie. We had many fond memories of the school and sports activities that we shared at St. Thomas More. May the love of your family and friends help you through this difficult time.
Norman and Beth Ferachi
November 29, 2021
sympathy to all of you on Willie's death. You are in our thoughts and prayers. We live in North Carolina so we are unable to attend the service.
Ginger & Barry Rester
November 26, 2021
I worked with Willie for many years at Pat Brown Claims Service. Always a kind and gentle man. Rest in Peace, Willie.
Terri Hobgood
November 23, 2021
Sending our love and prayers to you all
Blaise and Janice Hadley
November 22, 2021
Showing 1 - 4 of 4 results