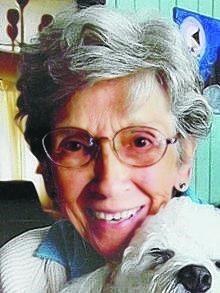 Published by The Advocate from May 29 to Jun. 1, 2021.
To plant trees in memory, please visit the Sympathy Store.
MEMORIAL EVENTS
Jun
1
Mass of Christian Burial
11:00a.m.
Sacred Heart Catholic Church
2250 Main St., Baton Rouge, LA
Jun
1
Burial
Roselawn Memorial Park
LA
Funeral services provided by:
Greenoaks Funeral Home
MAKE A DONATION
MEMORIES & CONDOLENCES
2 Entries
Yvonne was such a beautiful,lady and friend. We became instant friends the first time we met almost 30 years ago and I loved she and CB dearly. She was a grandmother to my kids, when their out of town grandparents could not make ‘grandparent’s day” at their school. They just loved her.
Rest In Peace, my dear friend. We will meet again.
Chuck, Donna and family... I just saw this notice at 7:30pm on Tuesday night, the evening of the funeral. I would have been there to tell her goodbye a final time. I am so sorry for your loss. I truly loved her. Yvonne Dupont
Yvonne Dupont
Friend
June 1, 2021
Mrs. Yvonne and Mr. CB were the best neighbors when we lived in Park Forest. I loved going to visit them and swing on their swing after work and talk about our days! They are sorely missed . RIP Mrs. Yvonne! I'm sure Mr. CB is looking forward to being with you again! Love you both!!!
Dani Breaux
Neighbor
May 30, 2021
Showing 1 - 2 of 2 results